Smelt Roe and Other Sushi Recipes 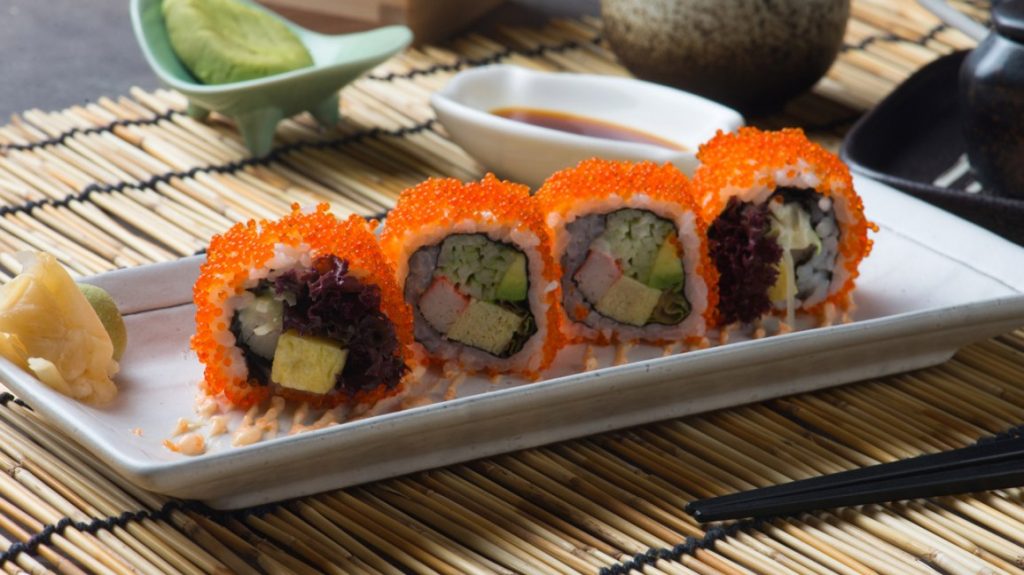 Suehiro Japanese Restaurant started serving sushi in Fort Collins before sushi was cool.
“We used to have to help people with ordering,” says owner Ed Kendall, “Now people come in, and they really know what they’re looking for. They are familiar with most of the things we serve.”

Kendall opened the restaurant with his parents in 1985 at the age of 21. His parents already owned a Japanese restaurant in Colorado Springs, and they were looking for a Front Range city to start the next one.

They settled on 223 Linden St. even though the block was not yet redeveloped.”Our waitresses used to be afraid to come downtown to work,” Kendall said, marveling at how much downtown Fort Collins has changed.

Sushi would become a mainstay of Suehiro’s menu, including other Japanese dishes like tempura, teriyaki, broiled fish dishes, noodle dishes, and rice bowls.

But at the time, Ed, the son of a Japanese mother and an American father who had lived for 10 years in Japan as a child, didn’t know how to make sushi.

“My parents found a sushi master in California, and he sent his trainer here to teach me,” Kendall said.

The training paid off. Kendall learned to make different styles of sushi, and he has trained several sushi chefs to work their magic behind the counter at Suehiro. He’s even trained a female sushi chef, which would be quite unusual in Japan, where sushi is a male-dominated profession.

And that’s not the only way in which Suehiro’s sushi set-up differs from the sushi restaurants of Japan. Given the purist approach to sushi in Japan, you’d never find cream cheese or mayonnaise or anything spicy on a sushi roll there.

But without those ingredients, one couldn’t enjoy some of the innovative and delicious offerings on American sushi menus like Suehiro’s – including spicy tuna rolls (tuna, hot chili sauce and mayonnaise), California rolls (crab, avocado and cucumber), and Buddha rolls (tempura shrimp and cream cheese).

“The American palate is different. Some of the traditional sushi chefs would be turning over in their graves if they saw some of these rolls,” Kendall said. “But some Japanese people visiting HP have come in and tried them and said they were surprised at how good they are.”

Although making any sushi requires some practice, making some of these rolls is not so difficult to do at home, Kendall said. Two of the more popular rolls are the California roll and the spicy tuna roll.

The California roll is probably the most straightforward because it doesn’t require any raw fish. Buying raw fish can be a bit tricky because you have to make sure that it’s sushi-grade.

For those who want to make rolls with raw fish, sushi-grade fish (that meets standards of freshness and quality) is available locally at Fish and the Pelican Fish Restaurant & Fish Market.

You can also simplify the sushi-rolling process by making inside-out sushi rolls, which means that you roll the sushi with the rice on the outside. Though you might think this would be more difficult than making rolls with the seaweed (nori) on the outside, it’s actually a little easier, Kendall said.

Serve sushi rolls with sides of Japanese horseradish (wasabi), pickled ginger (gari), and soy sauce. At Suehiro, it is served with appetizers of miso soup and a salad of cucumbers soaked in rice vinegar. For a drink to complement sushi, try green tea or hot or cold sake, Kendall said.

Where to find sushi supplies

For a fish to be considered sushi-grade, it must meet standards of both quality and freshness.

According to Ed Kendall of Suehiro Japanese Restaurant, the health department recommends that you freeze the fish for one week to ensure against parasites. Defrost in the refrigerator overnight.

What Is Smelt Roe also know as a Masago?

Masago also called a smelt roe, is a sort of fish egg coming from capelin, a fish species found exclusively in the North Atlantic, North Pacific, and also Arctic Oceans.

The capelin fish is a member of the smelt family and is an essential forage fish that is deemed a staple in the diets of the Atlantic cod and other species like the harp seal. (1)

Sushi-grade tuna (freeze for one week before using)

Wash rice about six times until the water runs clear and let it stand for 15 minutes.

The water to rice ratio will vary among different rice brands and between new crops and old crops.

Generally, 1 cup rice to 1 cup water after the rice soaks is a good start. Cook rice on a rice stove and then let stand 15 minutes.

If you don’t have a rice cooker, simmer the rice on the stove for 20 minutes. Mix in seasoned rice vinegar.

Cool rice with a fan until it is at room temperature.

To roll inside/out sushi (with rice on the outside):
Cover bamboo roller with plastic wrap to prevent sticking. Cut a piece of nori in half horizontally.

Wet hands. Take a baseball-sized ball of rice (about 1 cup) and form it into a ball. Place rice ball on the nori and spread it from left to right about an inch thick. Disperse the rice all the way to the edges.

Roll sushi away from you and tuck ends together (You can use the bamboo roller for this or use your hands). Roll bamboo roller over sushi roll to shape into a round or triangular shape. Cut the roll in half and dip each half into a shallow bowl of smelt roe.

Sprinkle with toasted sesame seeds. Cut each half of the roll into quarters.
Makes about 6 rolls (1 roll yields 8 pieces)

Chives: How To Grow Plus 2 Great Recipes