Gardenfrontier
Home Decorating Barndominium: Do You Really Need It? This Will Help You Decide!
Twitter3Facebook1PinterestSubscribeShare
4
SHARES

Benefits of a Barndominium 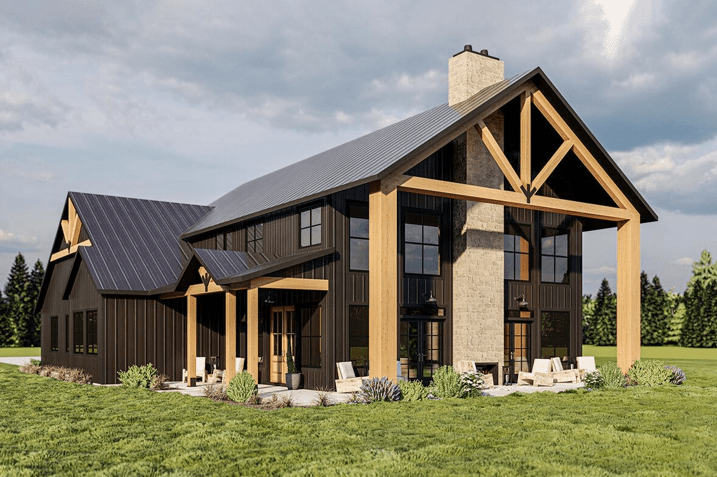 If you’re looking to live in a new home that’s cheaper per square foot, you might want to consider a barndominium. These huge homes are ideal for large families and provide ample space for children to run around.

Most people consider an open concept floor plan a luxury nowadays, but barndominiums can provide the same feel for a fraction of the cost.

Listed below are some tips on building barndominiums and the benefits of having one.

Compared to traditional buildings, barndominiums are much easier to construct. They are repurposed pole barns with a mix of indoor and outdoor living spaces.

Some barndominium floor plans even feature wraparound decks. Although these buildings are inexpensive to construct, they also require regular maintenance.

Here are a few things you need to consider when building your barndominium.

Keeping in mind the climate you live in can significantly impact the design of your barndominium.

First, decide what kind of floor plan you want. A barndominium can be large or small, depending on the owner’s preferences.

For instance, if you live in a rural area, you can build your barndominium on a larger parcel of land. Consider how much space you’ll need for work, cooking, and living.

If you’re looking to rent out your barndominium, plan to have enough space for a small business.

Before building your barndominium, ensure you have the proper land for it. Be sure to consider additional land needs, such as space for recreational activities, work, and vehicles.

Try to find land that’s zoned for residential use. This will spare your time and money in the long run. Just make sure to get permits.

Without permits, you’ll be unable to get the building permit to use it as your primary living space. You also don’t want to be risking injury by doing some unauthorized construction on your barndominium.

Another benefit of building a barndominium is the price. Traditional homes require significant maintenance, but barndominiums can last decades. Most barndominiums are constructed with solid steel or metal exterior walls and base structures.

This means that constructing a barndominium is much cheaper than a conventional home.

You can also choose the features you want. If you have a specific design, you can customize it to meet your taste.

If you want a more luxurious living space, consider building a barndominium with an open floor plan. You can use the area for a home office, small workshop, or guest room.

You can even use it to house your animals, which will save you on energy costs. Unlike traditional buildings, barndominiums are often three stories high.

The floor plan can be customized according to your needs. Once you decide what you want and what materials you need, you can proceed to build your barndominium.

There are several ways to cut the cost of a Barndominium, including choosing a simple design, attaching the barn to your existing dwelling, and minimizing the size of the living space.

Metal siding and steel building kits are an excellent way to cut costs while maintaining the look of a rustic barn.

However, metal buildings cost more than lumber. While these options may be less expensive, you should still check the costs.

The cost of a barndominium varies greatly, but the benefits far outweigh the costs. These homes are typically located in the countryside and can have a large living area.

Barndominiums can be as small as one hundred square feet and as grand as four thousand.

Besides having access to water and sewer, a barndominium’s location is essential. Without these, it is impossible to live in one without power.

A concrete slab costs approximately $4 per square foot, and an electric company’s wire can run upwards of $50 per foot.

The cost of a barndominium’s interior is typically well-appointed. Typically, there are multiple bedrooms, full bathrooms, large work sections, and entertainment rooms.

The cost of a barndominium can vary widely depending on how many features you want it to have.

For example, a one-story barndominium can have five bedrooms. This may not be enough space for you and your family, but you can customize its layout to meet your needs and preferences.

In addition to saving money, a barndominium is much faster to build and lasts much longer. There are several styles available, and they can be adapted to fit a variety of lifestyles and budgets.

A barndominium’s construction cost varies widely. It can range from $30 to $95 per square foot, but the price of a barndominium is far lower than a typical home.

A 2,000-square-foot barndominium will cost approximately $220,000 to build. However, this cost will increase if you want a grander design.

The costs of a barndominium will depend on where you live, how much land you own, and how many features you want it to have.

Planning the construction process of a barndominium is a crucial step if you want it to turn out precisely the way you imagined.

A quality set of barndominium plans will help you estimate costs for each step. The more details the plans contain, the easier it will be to determine how much the finished barndominium will cost.

You need to decide on a floor plan, financing, and building permits to get the ball rolling.

Generally, the process starts with clearing the building site. Depending on the work involved, this process may take up to a week.

Then, the foundation for the barndominium must be set, and the frame, subfloor, outer walls, roofing, and siding must be installed.

The entire process may take two to four weeks. Once the frame is up, you can begin installing interior and exterior walls, siding, and roofing.

A solid frame is crucial for barndominium construction. Generally, the framework is made of steel components, such as girders and posts.

These components are set into place by a crane. Because of their strength, steel posts and girders make barndominiums more stable and give builders more freedom in the design.

When you’re ready to move in, you can contact a barndominium builder and discuss the details.

Compared to traditional homes, a barndominium can be built faster if you choose a kit. With a new build, many components are prefabricated and drilled off-site.

The contractor will build the outer shell of the barndominium faster and will spend most of his time on the interior.

Even complicated floor plans can be built in a few months. This process is crucial in a barndominium, as many people prefer to have their design, and it’s up to the owner to decide what will work for him.

A barndominium is a unique kind of home that combines traditional farmhouse design and modern energy-efficiency standards.

While most barndominiums are post-frame structures, they have many modern features that distinguish them from traditional homes. They are usually open floor plans, a basement, radiant flooring, and more.

Some barndominiums have additional features such as a workshop or a business room. It is essential to consult with a barndominium builder or a general contractor to ensure you get the best possible results.

Many people don’t realize that the price of a barndominium is higher than a typical home. Barndominiums are typically located in rural areas, limiting the pool of potential buyers.

In addition, conventional mortgages are difficult to obtain since there are few comparable sales for the building style. Additionally, some barndominiums may not be considered homes, making them more of a commercial property than a house.

The best way to find out the market value of your barndominium is to compare it to other comparable properties in the area.

Comparing the values of similar properties is a great way to determine the value of your barndominium without having to hire a professional appraiser.

Another consideration is whether or not to live in a barndominium yourself. If you plan to rent out the space, resale value is less of an issue.

In either case, it is more important to be satisfied with the comfort and cost of the space than how much money you’ll earn when renting out your barndominium.

Ultimately, a barndominium may be the best investment for your money because it requires less upkeep than a typical home.

Although a barndominium is typically more significant than a typical home, the interior space can be customized to meet your needs.

A barndominium with two to three bedrooms and two bathrooms, for example, can be 40 feet wide by 75 feet long and offer up to 5,000 square feet of living space.

In addition to space, barndominiums can come with a kitchen, entertainment area, and two bathrooms.

Depending on the design and layout of the interior space, a barndominium can have anywhere from two to three bedrooms and a bathroom.

The price of a barndominium is generally lower than that of a traditional house. However, you can add options to your barndominium, such as an airplane hangar, man caves, and more.

As long as you’re comfortable with the design and style, the cost of a barndominium will likely be cheaper than a traditional stick-built house. There are also fewer surprises, which is a bonus.

How Much Does It Cost to Pressure Wash a House? The Average Cost Per Square Foot