Burpless cucumbers are listed in many seed catalogs as milder in taste (or easier on digestion) than the American slicing type.

Burpless cucumbers are marketed in the United States to specialty growers and home gardeners.

Consumers often ask whether burpless cultivars cause less burping when the fruit is eaten.

Plant breeders working on cucumber in the United States were questioned about the burpless trait; 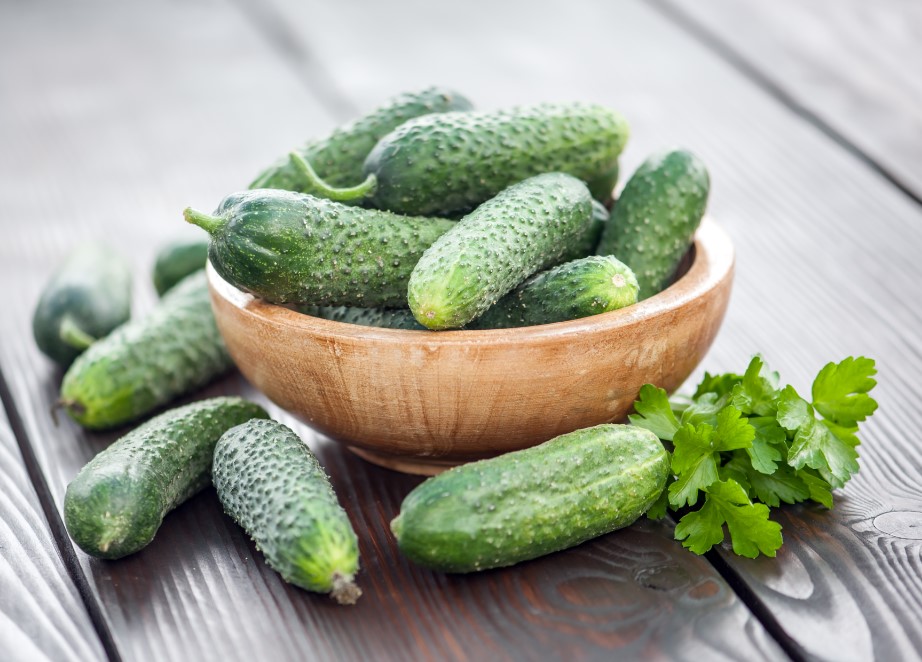 they hypothesized that burpless cucumbers

2) are genetically bitter free, or

3) are the marketing term for oriental trellis cucumbers in the United States.

The first hypothesis is based on the observation that some people who eat cucumbers occasionally experience a mild stomach upset due to stomach gas production.

It may benefit by eating certain cucumber types other than American slicers.

The second hypothesis is based on the fact that greenhouse cucumbers bred in The Netherlands usually are genetically bitter-free.

The benefit of bitter free plants is that their fruit is milder in taste than normal
types, and will not become bitter if the plants are grown under drought stress.

The third hypothesis is based on the fact that oriental trellis cucumbers marketed in the United States by companies such as Burpee Seed are referred to as burpless cucumber types.

However, the same type is marketed in Japan as trellis cucumber without using the
the term, burpless.

American slicers have fruit warty, thick-skinned, uniform-green colored, with a length to diameter ratio (LD) of 4.

In contrast, oriental trellis cultivars have fruit that is ridged, thin-skinned, uniform green colored, with an LD of 7 (Wehner and Horton, 1986).

The oriental trellis type offers higher eating quality because of its thinner skin but does not ship and a result.

The thin skin makes for easier eating, and maybe part of the reason it is considered burpless.

Although all commercial cucumbers have fruit with low cucurbitacin content, bitter-free plants have no cucurbitacins in the foliage and fruit if they are homozygous recessive for either the bi (Andeweg and DeBruyn, 1959) or bi-2 (Wehner et al., 1998) genes.

This provides milder-tasting fruit that may be burpless. Cucurbitacins are more than fruit quality, and their primary purpose appears to be protection from herbivores.

However, since bitterness can be prevented by adequate irrigation, and since bitterness
is removed by brining or pasteurization. It is usually not a problem of that type.

Other genes can affect fruit bitterness as well. Some of the feral cucumber lines, such as PI 173889 (Hanzil Medicinal cucumber), have extremely bitter fruit, a condition determined by the Bt gene (Barham, 1953).

The objective of this experiment was to determine whether oriental trellis cucumbers are genetically bitter-free and whether the fruit cause less burping and stomach upset when eaten than American slicing type cucumbers.

Fruit from seedlings was rated for bitterness, as described in the next section.

Burpiness was evaluated using field-grown cucumbers. The experiment was a split plot with two replications and two harvests.

were two seasons (spring and summer within 1 year),

were the three cultivars (Marketmore 76, Marketmore 80, and Tasty Bright)

Rows were on raised, shaped beds 5 ft apart. A 5-ft alley separated plots at each end, and there were border rows planted on each side of the trial and border tiers at the ends of each row.

The soil was an Onslow loamy fine sand (Fine-loamy, siliceous, thermic; Spodic Paleudults) with a pH of 6.4.

Overhead irrigation was applied when needed for a total of 1 to 1.5 inches (25 to 40 mm) water per week (including rainfall).

The fruit was harvested Mondays and Thursdays to keep the plants producing fruit.

The fruit used in the experiment was taken from the second and third Mondays (harvests three and five) of the harvest period.

Each judge received three cucumbers, one per cultivar, to eat in a 3-d period. The three cultivars were assigned to be eaten in random order, rotated over the judges, seasons, and
replications.

For example, the order was ABC, BCA, CAB, ACB, CBA, and BAC for cultivars a, b, and c assigned to the judges 1 to 6 for the first season, replication, and harvest.

Judges were grouped (three each) into susceptible or resistant to burping based on their previous experience with cucumbers.

The fruit was evaluated for burpiness using six judges eating a 4- inch (100-mm) length of fruit per cultivar per day.

The fruit was washed, peeled, and sliced before eating, but not eaten with any other food or drink.

Ratings of burpiness were made within an hour of eating. Judges did not eat any other
cucumbers during the test period and waited until the following day to eat a sample of the next cultivar.

The control cultivar for the test was Marketmore 80 (bitter-free).

Seedlings were rated for bitterness using six plants per cultivar grown in the greenhouse in flats. Methods were similar to Andeweg and DeBruyn (1959), with judges chosen for their ability to distinguish reliably between check inbreds.

Plants were tested using one-half of a cotyledon per judge. Judges rinsed their mouths with water after tasting the seedling cotyledons from each plot.

As expected, ‘Marketmore 76’ was a normal-bitter in the cotyledon taste test, and ‘Marketmore 80’ was bitter free.

The surprise was that ‘Tasty Bright’ was a normal-bitter, not better free as hypothesized by some researchers.

The bitterness of the other oriental trellis cultivars sampled in this experiment was the same as for ‘Tasty Bright,’ with all having bitter foliage.

The largest effects on burpiness were cultivar (mainly due to the American vs. oriental contrast) and judge group.

Resistant judges (those who were not normally bothered by burping after eating cucumbers) could not distinguish among cultivars for burpiness.

Besides, neither resistant nor susceptible judges could distinguish between American slicers that were bitter free or normal bitter.

Differences among days (eating order, where the fruit was held for 1 to 3 d) ranged
only 1.0 unit for burpiness.

Regarding the susceptible judges, they found oriental cucumbers to be significantly less burpy than either of the American slicer cultivars, bitter free or normal-bitter.

Those judges found American slicers to be slightly moderate (mean rating of 3.0 to 3.5) in
burpiness, whereas the oriental trellis cucumber was none to slight (mean rating of 1.0) in burpiness.

The most susceptible judge in the experiment rated the bitter-free cultivar moderate (4.3) and the oriental trellis cultivar none (0.5) for the spring season.

Reviewing the raw data, judges in this experiment rated the fruit samples none too severe in burpiness for the 4-inch (100-mm) cucumber fruit sample on the day it was eaten, with burp ratings for particular treatment combinations ranging from 0 to 7 before averaging
over the season, replication, harvest, and judge.

However, since that is the normal type in Japan, such a trait may be taken for granted, making it unnecessary to advertise.

In conclusion, the burpiness experienced by people eating cucumbers is slightly affected by the cultivar type and the person’s susceptibility.

Oriental trellis cucumbers such as ‘Tasty Bright’ had a small advantage over normal-bitter and bitter-free American cultivars for burpiness, but only for people susceptible to burping.

Additional research is needed on cucumbers of all types to identify cultivars free of burping for susceptible judges and to identify the compound responsible for the burning
effect.