Home Decorating Chiminea Information And Are They Legal To Use?
Twitter1Facebook1PinterestSubscribeShare
2
SHARES 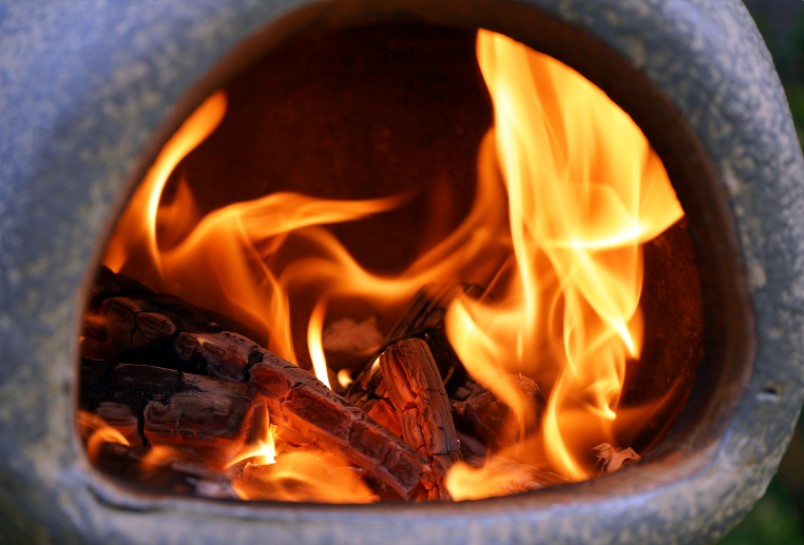 Chiminea — those nifty little clay, pot-bellied stoves that are selling like hotcakes — are illegal to use.

Essentially a small stove, chimineas have become an increasingly common sight in gardens across the country, which is evident in their widespread availability. Every garden center and the DIY store has at least one type of chiminea for sale.

But rather than being a modern phenomenon, the chiminea has a long history.
Originally, all clay open fire garden heaters imported from Mexico were known as chimineas.

They were built by Mexicans as a means of heating for the family and a useful and safe way to do the cooking.

The original chiminea was designed to keep the rain off the fire, and the family warms using merely a couple of wooden sticks.

The general principle has remained the same, but buying a chiminea made of something more robust than clay is usually a good idea for British climates.

Clay is an option, but it isn’t always practical as it isn’t weatherproof and can’t be left outside all year.

Cast-iron models are popular, and many have been molded in patterned casts to add some texture. And as long as they are looked after, they can be kept outside all year long.

But there are some general rules to follow no matter what kind you choose. Please don’t put a chiminea in a gazebo or enclosed porch, and keep it a safe distance away from any structures.

And don’t install a chiminea on a wooden deck without a large approved non-combustible hearth pad. 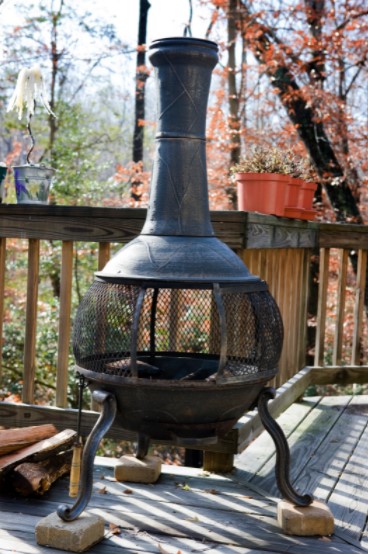 Before starting your first fire, it is important to insulate the bowl of the chiminea, so the fire is not directly against the chiminea wall.

Add sand to the bowl until it is about three inches below the lower lip of the mouth of the chiminea.

And be careful what you put into your fire. Wood may be the obvious choice, but pressure-treated wood emits toxic gases when burned.

The chiminea, or outdoor fireplace, can burn any wood, but slow-burning woods are recommended.

Pinion, a slow-burning pine, is the best option, Or other lower-burning woods. You want a small fire, not a blazing fire. You want a fire just for warmth.

Other hardwoods make less smoke than the burning pine, but you can also try cedarwood to scent the air.

Take care of your Chiminea.

Chimineas are bulky and prone to cracking because most are made of clay, often with a low-fire glaze or painted.

Apply an acrylic sealer or finish to your new chiminea before you use it. You should reapply every 6-8 weeks, depending on the season.

The acrylic finish protects your outdoor fireplace against moisture and water, which will cause the clay to soften.

You should purchase a cover to prevent the chiminea from cracking or falling apart.

It’s a brilliant idea to keep the chiminea covered in rainy weather, or worse, along with any patio furniture, in a shed, garage, basement, or garage.

To clean out the ashes, you can add sand, fire glass, lava rock, or pea gravel to the bottom of your chiminea firepit.

You can put the sand-ash mixture in a bucket and let it dry before returning to the pit. You can rake the ashes off for a clean chiminea and turn the gravel or sand over.

Are You Concerned about Burning Wood?

Using common sense and safe behavior, a chiminea can be a welcoming addition to your outdoor space.

If you happen to live in a provincial area, call your local municipality to find out about a special permit to use a chiminea.

Homeowners wanting warmth and atmosphere for their deck or backyard face hefty fines if they opt to use the wood-burning firepots that originated in Mexico.

If you have a special permit, you can use it in rural areas, but you won’t get that permit in urban areas such as Ottawa, Gloucester, Vanier, Nepean, and Kanata.

The Fire Marshal’s Office of Ontario issued a notice to all the province’s municipal fire prevention offices in March, saying outdoor fireplaces, including chimineas, should be treated as open-air burning.

And under the Ontario Fire Code, you need a special permit from your municipality for open-air burning unless such burning “consists of a small, confined fire, under supervision at all times, and used to cook various food on a grill or barbecue.”

In other words, the only outdoor burning allowed in the city is mistakenly overcooking your wienies on an approved barbecue. Chimineas that include a grill for cooking food are approved for use.

Violate the code, and “you’re done like toast,” says Michael Daigle, a fire inspector for the Ottawa Fire Prevention Division. You can be fined up to $25,000.

“The Fire Code is a very severe little document,” he says. The odd thing is, it’s quite legal to sell chimineas.

And what should urban chiminea owners do with them?

“You can use it as a planter” or fire pit; some suggests 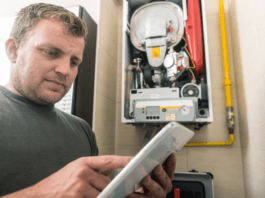 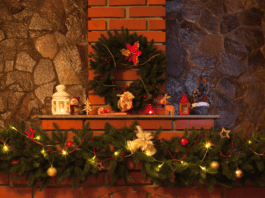 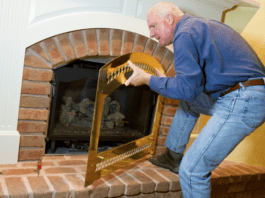