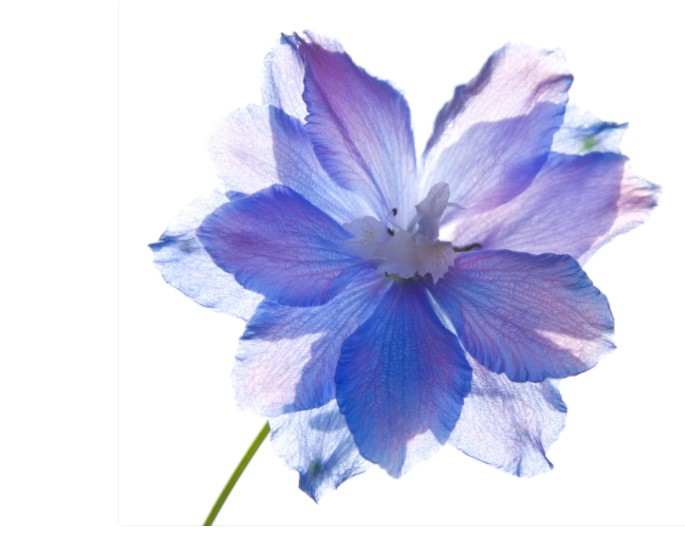 One of the most eye-catching of all perennials is the stately delphinium. They add height and stature to all but the smallest perennial or mixed border.

In blue, lavender, or white, their pale flowers also add depth and appear to make a garden larger.

They are useful in flower arrangements and will last many days if cut while still young. The entire spike can be used in church and wedding displays, while the smaller side shoots are ideal for the dining table.

With care, these can be snipped off the main spike without leaving a hole, especially if you have several flowers to cut from.

There are two main types of delphiniums: the long-lived European varieties but must be reproduced by cuttings taken in spring, and the American hybrids raised from seed but don’t live many years. 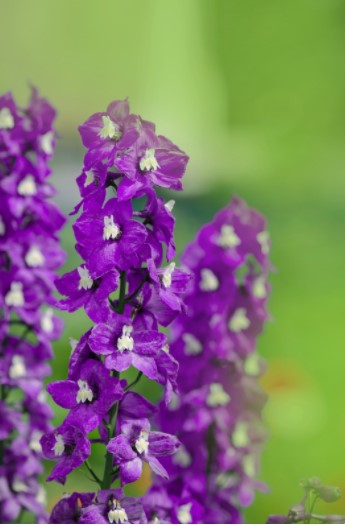 The European varieties will have names like Blue Nile, Mighty Atom, and Butterball. The American hybrids are mostly in the Round Table series and have Guinevere, Lancelot, and Black Knight.

The new Magic Fountain series gives shorter plants up to about 90 centimeters tall that do not need staking and are better suited to small gardens.

How to Grow Delphinium

Now is the time to start new large delphiniums from seed for next year’s flower. Sow the seed thinly in a flat of soilless mix and sand and lightly sift some of the mixtures over them.

1. Stand the pot flat in water until the surface changes color, and then place it in a shaded part of the garden.

2. Water as needed until the seedlings have grown to have three true leaves — the ones that look like delphinium leaves.

3. At this stage, transplant them into rows in a holding bed or the vegetable garden, spacing them 15 to 20 cm apart, and leave until spring.

4. Always buy fresh seeds. The seed you collect from your own or friends’ plants will not give as good a show. The spikes will be smaller, and the colors not as good as breeder-produced seed.

5. Move them into their final location as soon as the soil is dry enough to work. Dig the site deeply and add compost or manure, plus sand on heavy soils.

6. Set the plants at least 60 cm apart in groups of three or five. For the best effect, plant groups of the same variety rather than mixed colors.

Delphiniums are fairly pest-free, but the young shoots are liable to damage from slugs in spring. It is worthwhile to put out slug bait as soon as the plants start to grow.

Mildew sometimes attacks delphiniums, especially in periods of very high humidity. It is more likely on old plants with many stems where air circulation is poor. If it occurs, spray with benlate.

Old plants may bloom poorly unless the number of shoots is reduced, which also helps prevent mildew. In spring, once the new growth is about 15 cm long, cut out the thinnest shoots to leave a maximum of seven per plant.

This ensures good-sized flower spikes and a healthy plant.

As the shoots grow, they should be supported. Use tall canes or stakes, at least 1.5 meters tall. Push them firmly into the soil behind each plant, with one cane per spike.

Trying to tie the whole plant to a single stake causes the flower spikes to be pushed together, spoiling the look.

Carefully tie each shoot to its stake as it grows; you will probably need three or four ties per stem when the flower spike is fully developed.

Do not tie tightly; the stem should be able to move but not fall over. It doesn’t take much time if you do it regularly, rather than leaving it until the flowers form.

Once the flower is finished, cut the spike down to the first pair of leaves below its base. This should leave a stem about half the full height.

Do this as soon as the flower fades, before the plant puts energy into seed production.

Feed the plant with a liquid fertilizer with a low first number, such as 5-10-10, to encourage the formation of secondary flowers. You should be rewarded with a second display of flowers in late August.

Once fall arrives, cut back your delphinium along with the rest of the perennials. Newly planted seedlings will benefit from a mulch of branches to help hold the snow and stop a mid-winter thaw, but established plants will not require this.

In spring, sprinkle a granular general-purpose fertilizer, such as 6-9-6 or 7-7-7, round the plants, at about a small handful to the square meter.

Lightly fork this in, taking care not to disturb the soil very deeply, or the roots may be damaged.