Gardenfrontier
Home Gardening Majesty Palm: How To Grow And Care For A Majestic Palm
Twitter1Facebook1PinterestSubscribeShare
2
SHARES 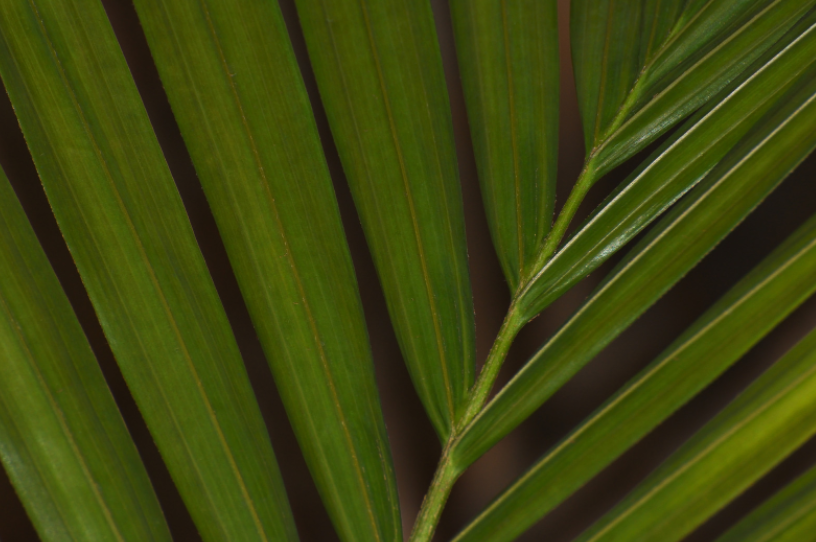 How To Grow And Care For A Majesty Palm

The majesty palm (Ravenea rivularis) is the ideal indoor tree for adding an elegant and tropical touch with its lush, regal fronds.

This sturdy houseplant, native to the riverbanks of Madagascar, is famous not only for its substantial size and beauty but also for its moderate to slow growth rate, which accommodates smaller indoor spaces.

This plant can grow one foot per year with proper care, reaching a maximum height of ten feet.

Ravenea rivularis is the botanical name for this plant.

• Watering schedule: once or twice a week

Like any other tree, Majesty palms develop a trunk in their natural habitat. On the other hand, Majesty’s palms grown as houseplants lack a trunk and instead have a crown of leaves at the base.

When watering majesty palms, pour the water around the base of the plant.

Water should not be poured into or around the plant’s crown, as this can cause rot. This happens a lot at the tips of new fronds.

They may be harmed by rot before they can emerge and unfurl.

It is wise to avoid watering the base of the fronds because the majesty palm is slow-growing and doesn’t produce a lot of fronds each year. It is best to keep a majesty palm slightly moist but never soggy to keep it hydrated.

Most palm trees grow naturally near streams and don’t mind wet soil as long as the water is fresh, and root respiration is allowed.

It might be required to water your palm more than once a week, allowing only the top inch layer of soil to dry between waterings.

If the soil becomes crusty over time, poke holes in the top few inches of soil with a chopstick or skewer to support water from seeping into the soil rather than going down the sides of the desiccated root ball.

The best approach is to fertilize a majesty palm a couple of times during the spring and summer seasons with a natural and organic fertilizer explicitly designed for palms and other tropical plants.

Most people fertilize majesty palms twice a year with a slow-release organic fertilizer that contains not only NPK but also magnesium, iron, manganese, and sulfur.

Most palm fertilizers will possess a relatively low amount of phosphorus (P) and a relatively high potassium (K) volume in the NPK ratio shown on the package to help the plant grow lush green fronds.

Because majesty palms are native to warm, humid climates, replicating this climate will allow the plant to thrive. Pros recommend keeping it in a sunny location, away from direct sunlight, which can scorch the leaves.

Keep the largest majesty palm in a bright corner next to a window near the kitchen, where it can absorb plenty of bright but indirect light.

Majesty palms also prefer a slight humidity, so keeping a humidifier nearby can benefit their growth and health.

Majesty palms thrive in most indoor temperatures and outside in frost-free regions.

In general, if people are comfortable with the air humidity, then houseplants will be as well, but majesty palm indeed prefers humid air.

However, avoid misting as it can cause difficult-to-remove water spots on the leaves.”

While majesty palms are resistant to most diseases and pests, when grown indoors, Fungus gnats, scale, and spider mites can all infest them.

Fungus gnats are the most common because majesty palms thrive in slightly moist soil.

To prevent pests, she suggests spraying new plants from the store with an organic insecticide to reduce the number of problems imported with the plant and keep it separate from existing plants.

Houseplants should be kept indoors for a few weeks to avoid the spread of new pests.

Majesty palms, unlike many houseplants, only need to be pruned for appearance rather than shape because they naturally thrive in an upright, symmetrical habit.

Professionals suggest removing yellowed older fronds but avoiding removing healthy fronds from this slow-growing plant if possible because the plant requires them for photosynthesis.

The majesty palm may have some royal requirements regarding humidity, light, and moisture.

With the right fertilizer and soil, a consistent watering schedule, and adequate light, the majesty palm can become the queen of any indoor castle.