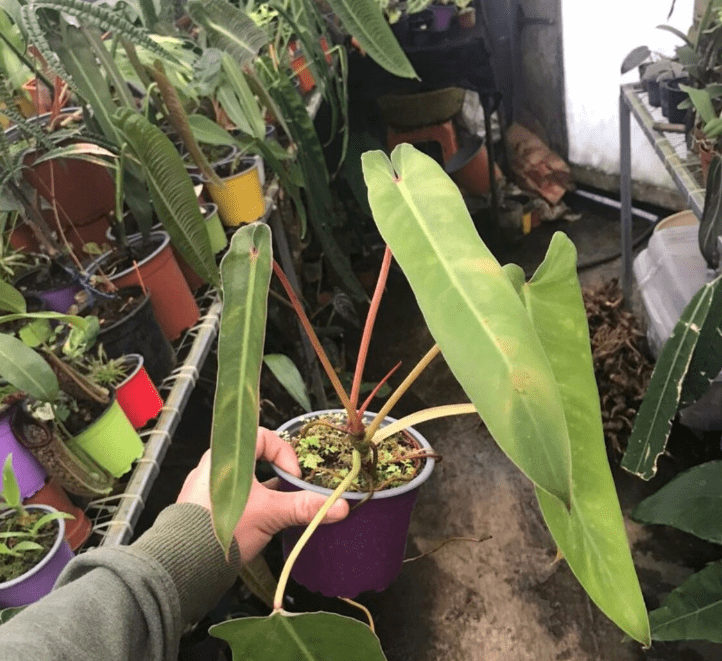 Spiritus Sancti is a species of philodendron whose name, at least in these circles, is typically spoken of with a reverent hush.

Philodendron Spiritus Sancti is very close to becoming extinct in its natural habitat; the number of plants that can still be found growing in their native Brazil is probably in the single digits. The plant’s long, slender leaves resemble an exaggerated cartoon heart due to their cloven tops and tapered tips.

What it lacks in Instagram-optimized splashiness, it makes up for in understated beauty. Not to mention its scarcity, which is why collectors will pay upwards of $1,400 for one of these items.

However, plant mania is a complicated condition. A species known as the spiritus Sancti is dangerously close to extinction entirely in its natural habitat.

Even though hoarding it in one’s apartment in Brooklyn isn’t exactly the most charitable way to interpret the term “conservation,” it is, at the very least, helping to keep it in circulation on the planet.

On the other hand, a growing appreciation for plants may, in the long run, encourage people to see them as more than just decorative objects.

Instructions on How to Start a New Philodendron Spiritus Sancti Plant

This is where things start to get complicated. Although it appears easy to grow the plant, it cannot be easy to reproduce. It is possible to reproduce the plant by cuttings taken from the root, but the process is prolonged because the new cuttings are reluctant to grow.

In this case, air layering is the superior option because it assists in producing leaves first. Now, we are not suggesting that this is impossible by any means.

A variety of potential problems can arise with houseplants, including spider mites, mealybugs, and root rot. It is possible to get rid of spider mites and mealybugs by taking a thorough shower with insecticide soap, which should be done after the shower.

Neem oil can be used as a follow-up treatment to ensure that the insects do not return. Make sure the planter has adequate drainage holes for the water, and follow the other steps in this guide to ensure that your plant receives the appropriate amount of water. This will help prevent root rot.