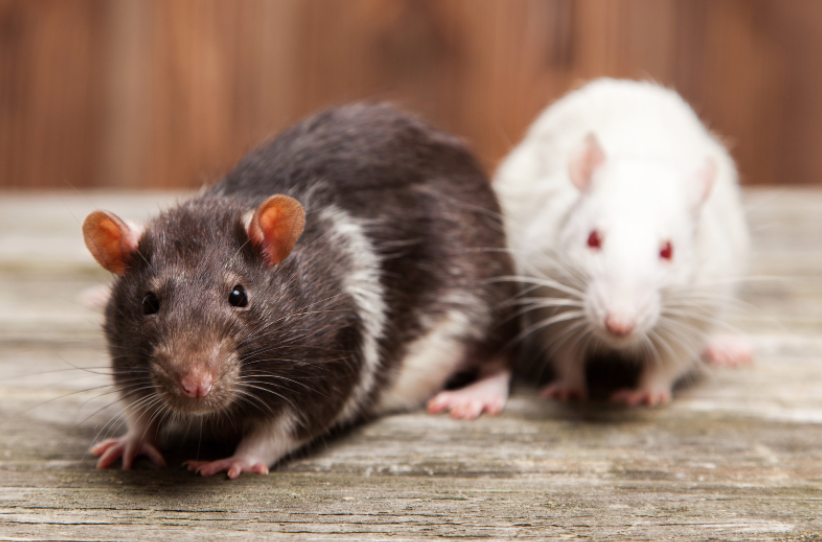 What Is The Main Difference Between Rats And Mice

The main difference between Rats and Mice is that mice, both male, and female, have five pairs of nipples, whereas rats, both sexes, have six pairs. A less obvious distinction is that rats have 22 pairs of chromosomes, whereas mice have 20.

There is a significant size difference in this case, with the rat being significantly larger.

Some proportions are different. Rats’ ears are smaller in proportion to the rest of their bodies. Rat heads are blunter or more rounded than more triangular mouse heads.

Because mouse and rat are common names rather than scientific names, and many rodents are called rats when they are only similar in appearance and are not closely related, some caution is required. House mice are Mus musculus, whereas Norwegian rats are Rattus norvegicus.

One clear distinction between these species is that mice, both male, and female, have five pairs of nipples, whereas rats, both sexes, have six pairs. A less obvious distinction is that rats have 22 pairs of chromosomes, whereas mice have 20.

Rats and mice do not mate and give descendants, and it is unlikely that any meaningful hybrid could be created, even in a laboratory. Rats have been observed eating mice.

The scientific community’s interest in this question has recently increased. After using rats in labs, mice dominated many fields as genetically engineered specimens with various genes “knocked out” became available, allowing researchers to study what happened when bits of mouse biochemistry was removed from the action.

Many more engineered rats could be on the way. While rats take longer to grow and require more effort to feed and clean up after, they are better models for more complex human diseases.

Over 70 species of mice and rats are found throughout North America. The Muridae family, which includes the house mouse (Mus musculus), Norway rat (Rattus norvegicus), and the roof rat (Rattus rattus), is the world’s largest family of rodents and mammals.

House mice have a small head, tiny feet, a pointed snout, and large hairy ears. The body of these mice is light brown with gray shading and a dark tail. Adults are 0.5 ounces in weight (15 grams). The droppings of mice are shaped like rods.

Norway rat has a substantial and heavy body, a blunt snout, and short, dark-haired ears. These rats have a shaggy coat and a brown body with black shading.

Their tails are dark on top and light on the bottom. The average adult weighs 11 ounces (300 grams). Their excrement is shaped like a capsule.

Roof rat: A light and slender body with a pointed snout and large hairless ears. These rats have a smooth coat, a gray body with black shading, and a dark tail.

The average adult weighs 7 ounces (200 grams). Their excrement is shaped like a spindle.

Mice prefer cereal grains and plants but will eat almost anything. A mouse’s nest will be built in a hidden location near a food source. It will build its nest out of almost any soft material or finely shredded paper.

One female mouse can have up to eight litters of five to six babies in a year, and these offspring can begin reproducing as soon as six weeks. Mice typically live for 12-18 months.

Mice can stand on their hind legs with the help of their tails. They do this in order to eat, fight, or find out where they are.

Mice excel at jumping, swimming, and climbing. They can even scale steep, vertical surfaces.

Also can jump 13 inches and run along wires, cables, and ropes. Mice are quick runners. Move on all fours and keep their tail straight for balance. However, if they are scared, they will simply flee.

Mice are nighttime creatures that are very active between sunset and daybreak. Vermints dislike bright lights but will occasionally emerge during the day to look for food or if their nest is disturbed. A mouse can fit through 1/4-inch gaps and holes.

Mice fear rats because rats will kill and eat them. Rat odor is a solid deterrent for mice and can influence their behavior.

Mice have a musky smell.

Mice are colorblind, but their hearing, smell, taste, and touch are acute.

Mice can be found indoors and outdoors in urban and rural areas.

Droppings, gnawing marks, and tracks are all indications of the presence of mice.

Rats will eat almost anything, but fresh grain and meat are their favorites. Rats require 1/2 to 1 ounce of fluid per day.

If rats do not get this from the food they eat, they must seek it elsewhere. Rats, unlike mice, will dig under buildings, along fences, and under plants and debris.

The Norway rat spends most of its time in burrows, whereas the roof rat nests in walls, attics, and trees.

A Norway rat can have up to seven litters of up to 12 young per year. By the age of three months, these rats are capable of reproducing.

Rats primarily reproduce in the spring. Rats can live in the wild for about two years. Roof rats have smaller litters of up to eight young per year and can have up to six litters per year.

Rats can enter a structure through holes as small as 1/2 inch in diameter. Rats live in sewers and can enter buildings through broken drains or toilets because they are strong swimmers.

To get to the food, water, or shelter, a rat will climb. Every day, rats follow the same routines and paths.

If new objects are placed in its path, it will do everything in its power to avoid them. Rats typically stay within 300 feet of their burrow or nest.

Droppings, gnawing marks, tracks, runways, and burrows are all signs of rat presence.
Rats, like mice, are nocturnal and have poor eyesight, but excellent senses of smell, taste, and hearing.

Rats are much larger than mice, have coarser fur, and proportionately larger heads and feet.

The Norway rat and the roof rat are the most common rat species in the United States. These two are feuding and will fight to the death. Usually, the larger Norway rat wins.