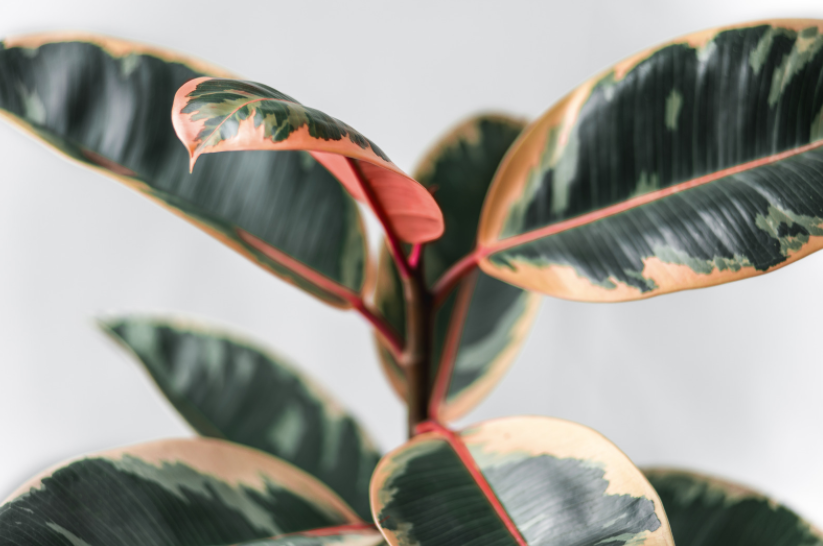 Whether as a result of or despite Frank Sinatra’s song, a rubber tree plant can be found in almost every home.

The botanical name for Rubber Tree Plants is “Ficus Elastica Melany” which indicates that it is a member of the Fig genus, the fiddle-leaf fig, Ficus lyrata, the houseplant weeping fig, Ficus Benjamina, and the common edible fig, Ficus carica, as well as approximately 850 other fig species.

Rubber trees are a type of tropical tree native to northeast India and Indonesia. It can reach over 100 feet; it sheds numerous large leaves and branches; it casts too much shade for most plants to grow in.

Taking Care of a Rubber Plant

It has weak branches that break in strong winds, making it an unsuitable plant for hurricane-prone areas.

However, it is an attractive houseplant. It thrives in direct sunlight. If it does not receive enough light, it will drop its leaves. It prefers moist, but not soggy, soil. It requires average indoor temperatures.

Please fertilize it in the summer.

When rubber tree plants encounter difficulties, their leaves develop brown spots. Tiny freckles, such as brown spots or circles with colored edges, are most likely symptoms of one of several fungal infections.

Excessive browning can be caused by extreme light, particularly on white areas of variegated leaves. Cold temperatures cause brown spots and brown edges. Brown edges will also develop on leaves that have been submerged or overfertilized.

If the plant is moved between two different environments, from a bright, humid greenhouse to a dark, dry house, the leaves will fall off.

Rubber trees attract aphids, mealy bugs, mites, scale, and whiteflies, common houseplant insects. On most of them, a systemic insecticide will work, and if you wash the plants regularly to remove dust from the leaves, you will also reduce the pest problem.

Rubber plants come in several common varieties. On the back of the Decora variety are glossy green, reddish leaves; Burgandy has reddish-black leaves; and Tricolor has green, pink, and white leaves.

How To Prune Rubber Tree

They can be pruned when rubber trees become too tall or develop problems, such as frost damage, due to not being brought indoors early enough in the fall. They frequently branch out quite nicely.

I referred to the sap. It is a white latex material that can be used to make rubber, but it is not the natural plant rubber, Hevea brasiliensis, from the Amazon.

Because the sap can irritate the skin of humans and animals, caution should be exercised when handling this plant.