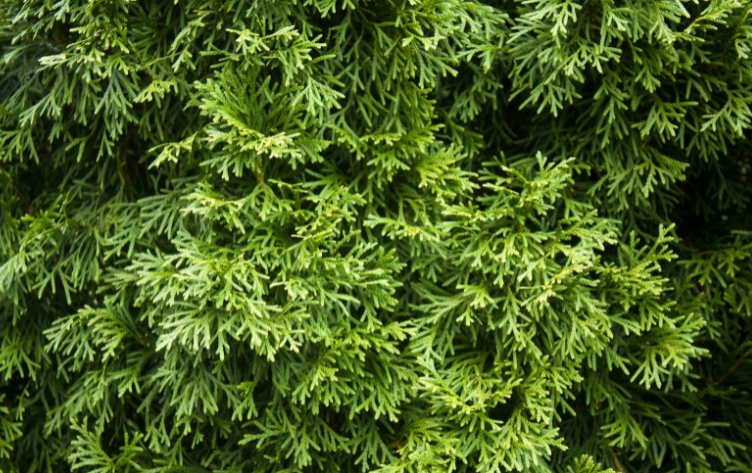 Chances are, if you don’t have an arborvitae tree or shrub in your yard, your neighbor does. Arborvitaes are among the most popular evergreen plants in Chicago-area landscapes.

Arborvitaes are used to screen many yards and driveways. Pairs are frequently utilized to flank doorways or gates. They are even grown in patio containers. Arborvitae can be found at almost any garden center or home improvement store for a reasonable price.

They’re so common that it’s easy to believe they’ll grow anywhere. However, arborvitaes, like any other plant, require specific conditions and proper care to thrive.

Most importantly, they require adequate lighting: six hours or more of direct sunlight per day. Arborvitae will lose its needles until the lower or inner branches are bare or dead if planted in too shady a location.

I frequently see arborvitaes that have almost completely died out in the center, with only a thin fringe of needles around the outside. That’s because there isn’t enough light getting through to the plant.

Unlike yews and some other shrubs, Arborvitae cannot be revitalized by aggressive pruning. Only the green, actively growing area at the end of a branch will sprout new needles.

They will not regrow if you cut back into the bare, brown area where the needles have died off. The branch will remain brown and bare.

Pruning arborvitae or a hedge regularly and always within the green zone will help you control its size. Neglected arborvitae can quickly outgrow their space if there isn’t enough green margin for pruning.

Arborvitaes can grow 50 to 70 feet tall and 30 feet wide in the wild. Arborvitaes are frequently planted for screening because they have a reputation for growing quickly. The issue is that once they’ve grown tall enough, they’ll continue to grow.”

Arborvitae is tall, attractive trees with feathery sprays of flat, dark-green needles. Eastern arborvitae (Thuja occidentalis), native to the area, is the most commonly planted species in the Chicago area.

Giant arborvitae (Thuja plicata), a Western species, is less appealing to deer and grows faster, but it can reach 70 feet in height.

The mature size of cultivars varies greatly. By selecting the right one, you can reduce the need for pruning.

Because arborvitaes are so widely and cheaply available, they can be planted without much thought. A plant isn’t a good buy if it’s going to be a problem in a few years.

Do some research before purchasing an arborvitae to ensure you’re getting the right plant for your site and needs.

But be careful about plants sold as “overnight fence” or “covers ground quickly,” as promoted by many catalogs and even nurseries.

You either love arborvitae – those tall, narrow, densely needled evergreens – or you hate them. I love them and have them in my garden.

I planted the variety Emerald Green six years ago and have no deer eating them. Sadly, I have seen them badly chewed in other parks not far from here.

Western arborvitaes have proved to be quite deer-resistant for West Virginia gardeners but have a much looser growth habit and more informal look than Emerald Green.

Now I’ve read that Holmstrup, a tight variety of arborvitae that tops out at 6 to 9 feet tall versus the 12 to 15 feet of Emerald Green, has proved to have excellent deer resistance. Holmstrup is a more manageable size for many gardens and vigorous grower.

I hope our local deer find this variety as unappealing as the deer herds have elsewhere.