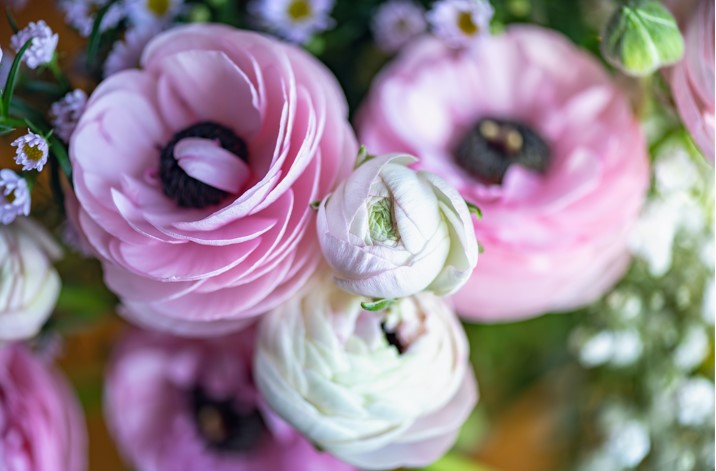 Ranunculus, pronounced ran-UN-Kew-lus, is a member of the buttercup family, same as marsh marigolds, which will be popping up around wetlands anytime now. The name is derived from the latter and means “little frog,” undoubtedly coined by a short-sighted Roman who stumbled into a swamp.

Asiaticus hybrids are a cultured relative of the marsh marigold and are quite different plants.

Depending on your perspective, the blooms, which resemble a small peony or a large carnation, are available in almost any color and are always vibrant, standing out in the garden like tulips.

Suppose you lean to lively colors, plant ranunculus to follow the spring bulbs. Although they’re a rhizome-rooted plant, they’re not at all hardy in our climate, but they should do well in cool, moist spring and early summer heat.

The foliage tends to die down later in summer, but by then, there’ll be plenty of other plants in bloom, and you’ll be ready for a change.

Plant them in containers or in a corner that’s sheltered from the wind to keep ranunculus healthy and flowering well. Like peonies, they don’t like to be battered about.

Tips on caring for ranunculus

When we start seeds or set out bulbous plants of species, hybrids, and named varieties that are pretty new to us, we set in motion a period of anticipation just as enjoyable as the realization of our fondest gardening dreams.

Many worthwhile plants continue to be little known to the vast majority of people who garden. There are several reasons for this, but it mainly concerns failing to provide the simple cultural needs certain races of plants have adapted to throughout the centuries.

Gardening is an unnatural setting in itself. We group many different families of plants and find most live in harmony. There are others, though, that wish to be dormant, even in our summer months, and they resent being sprinkled with water even in times of drought. 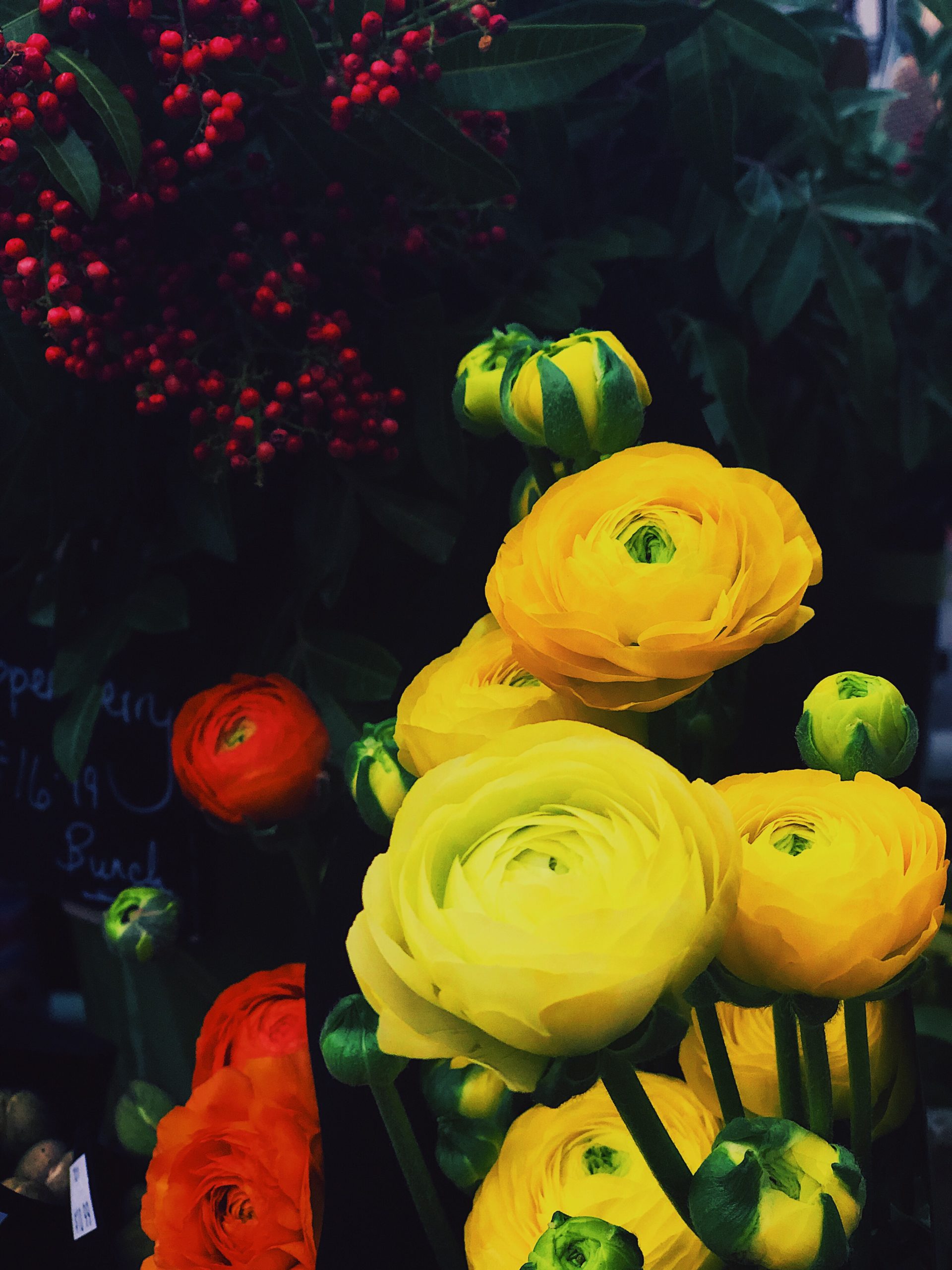 Here are few tips on how to grow a plant that is one of my personal favorites. Ranunculus is its name, and this perennial tuber will freely offer you spectacular flowers for years to come if you care for its simple cultural needs.

At this time of year, you see ranunculus as potted flowering plants at garden centers, in sidewalk displays, and at supermarkets and corner stores. They come in many shades of yellow, orange, red, pink, cream, and white. The flowers are semi-double to double full, and their form has prompted the common names of Turban Ranunculus and Persian Ranunculus.

Garden centers and nurseries have tubers of these perennials in stock throughout the fall season and into the new year. We can plant these tubers in mild winter areas such as the Lower Mainland and southern Vancouver Island in November or keep them in excellent storage and plant outdoors in February.

They were later planting means they serve as wonderful companion plants with early flowering poppies, nemesias, and snapdragons late in May and into June.

I like to add a few tubers to outdoor planters for the winter months. They add vibrant color to the show of early flowering bulbs, pansies, and primroses we now look for from February until May, when we change for the summer season.

The tubers of ranunculus appear dry, stiff, and lifeless when we buy them. They soon plump up, though, after absorbing some moisture.

Some people soak them in water for an hour or two before planting. I like to set the tubers in some moist sand and then plant them out when they are sprouted and rooted.
Ranunculus tubers are odd-looking.

They have prongs, and these must be planted downwards. Set them down some five centimeters and 15-20 centimeters apart in somewhat heavy soil. They freely produce blooms roughly 8-12 centimeters wide on stalks anywhere from 30 to 45 centimeters tall.

3 Most Important Things In Ranunculus Caring

Here is the three most important thing of all to remember in caring for the ranunculus family of tuberous perennials. Lift the tubers after their flowers, and later the foliage, have faded and died down. This could be in late spring, depending on when we started them into growth.

Keep the tubers in dry, excellent storage until you plant them again next autumn or even consider later planting in February of next year.

Look for flowering ranunculus in pots for sale at local garden centers. Then judge for yourself how this beautiful flowering tuberous perennial plant could be an exciting addition to your home garden.

There are some 250 species of ranunculus in the gardening world. In my garden, though, only two strains, Tecolote and El Rancho, are the most popular, and each has many selections of great merit.