Are Dahlias Annuals Or Perennials 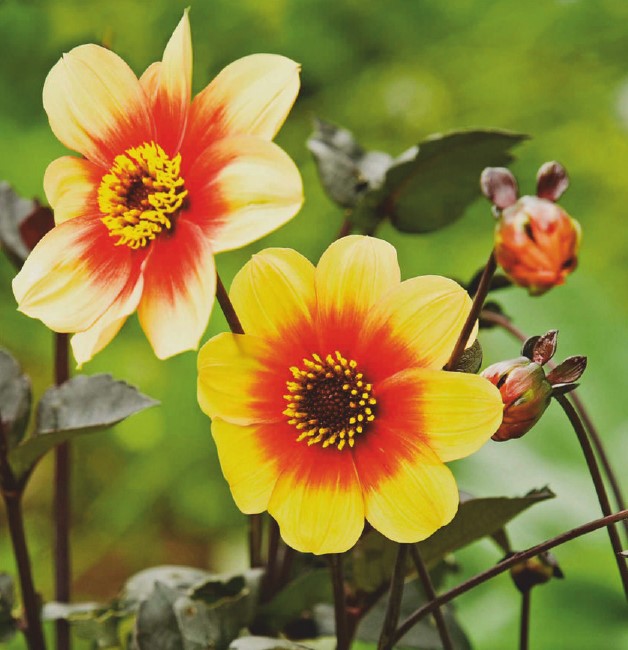 Are dahlias annuals or perennials plants? The dazzling bloomers are classified as tender perennials, which can be annual or perennial, depending on the hardiness zone.

Can dahlias be grown as perennials? Again, it depends on your climate. Read more to find out about Dahlias.

There is an assumption that somehow the flowers in our gardens have always been here – a fixed part of our culture.

In fact, our garden plants have been gathered from all over the world over centuries.

Dahlias have been with us for 500 years and are now a vital part of our gardening culture – but to get here, they’ve made a long journey.

They are his indulgence, his secret excitement. In a monochrome life bereft of color and spontaneity, they are his only connection with the thrilling – until his Aunt comes along.

But the dahlias he grew had traveled along with an equally exciting route to Henry when he accompanied his Aunt on their adventures.

Middle-class Henry was an exception. Dahlias have long been the preserve of the allotment holder – a weekend, after-shift sort of a plant for the working person to perfect and display on the show bench or indulge in their vivacity in a glorious distraction from day-to-day reality.

Banished to the vegetable garden, dahlias did their outrageous thing among the potatoes and cabbages.

Times change, however; they are now admitted to the garden proper. Up and down the country, dahlias are more and more in evidence.

They will never gain the respectability of many other exotic flowers – there is something much too forthright, too upfront about these glorious blooms for them ever to be quite ‘proper’ – yet their very blatancy has put them at the top of most must-have plant lists. Anyway, this answers the question are dahlias annuals or perennials

Was it ‘Bishop of Llandaff,’ the glorious bronze-leaved dahlia with vermilion on flowers, which took the nation’s gardeners by storm a few years ago that was responsible for the sea change? 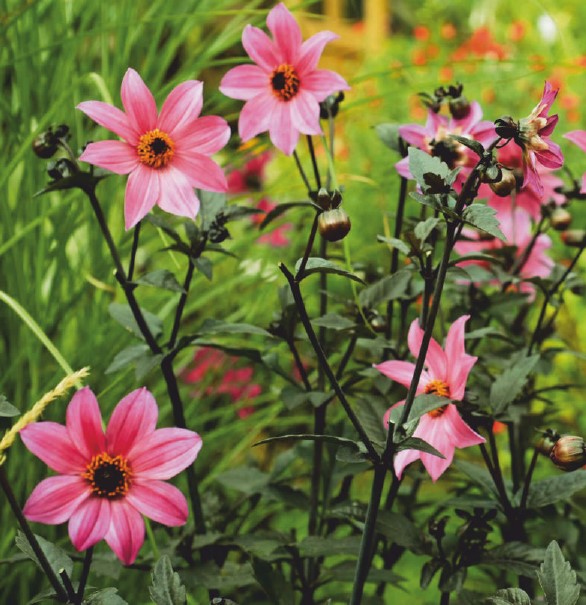 Or perhaps it was gardening writer Christopher Lloyd, never one to reward anything or anyone for their respectability, which finally propelled the dahlia into the realms of the general gardening consciousness?

However it happened, it is now a fait accompli. More than ever, we start them from tubers or buy fully-grown plants in bloom at flower shows or garden centers.

For the more enterprising, there is the challenge of growing them from seed. Strains such as ‘Bishop’s Children produce exotic, dark-leaved plants with vivid, jewel-like flowers in searing red, vibrant magenta, and scintillating orange.

Nothing could be easier than sprinkling their long black seeds on the surface of seed compost, covering them with grit, watering them, and waiting.

Germination is rapid – the seedlings can be pricked out as soon as they make true leaves, and the resulting plants, having been nurtured and potted on, will very often reward you with a bloom or two in their very first year.

I was given a couple of seedheads of Dahlia coccinea, a species with single flowers of unremitting red – and they all germinated and produced saveable tubers in their first year.

Dahlias originally come from Mexico, where they are the national flower, and you can almost hear the mariachi band strike up when a bed of their strident blooms comes into sight.

They are splendid flowers, reliably floriferous, and need little attention. In years of soaring temperatures, they give a virtuoso performance, relishing the heat of June, July, and August.

And because they have built-in ‘reservoirs’ of moist, fat, underground tubers, they seldom succumb to drought but instead seem to revel in hot sunshine.

Overwintering them presents a few problems. Leave the tubers in the ground and pile up the soil above them to prevent freezing.

If your garden is in a frost pocket, lift them after the first frost, digging them up promptly with a fork.

Be sure to get right under the tubers, shake off the excess soil, cut back the stems almost to the roots and invert the whole caboodle onto greenhouse staging or at the shelf in a shed, garage, or porch. 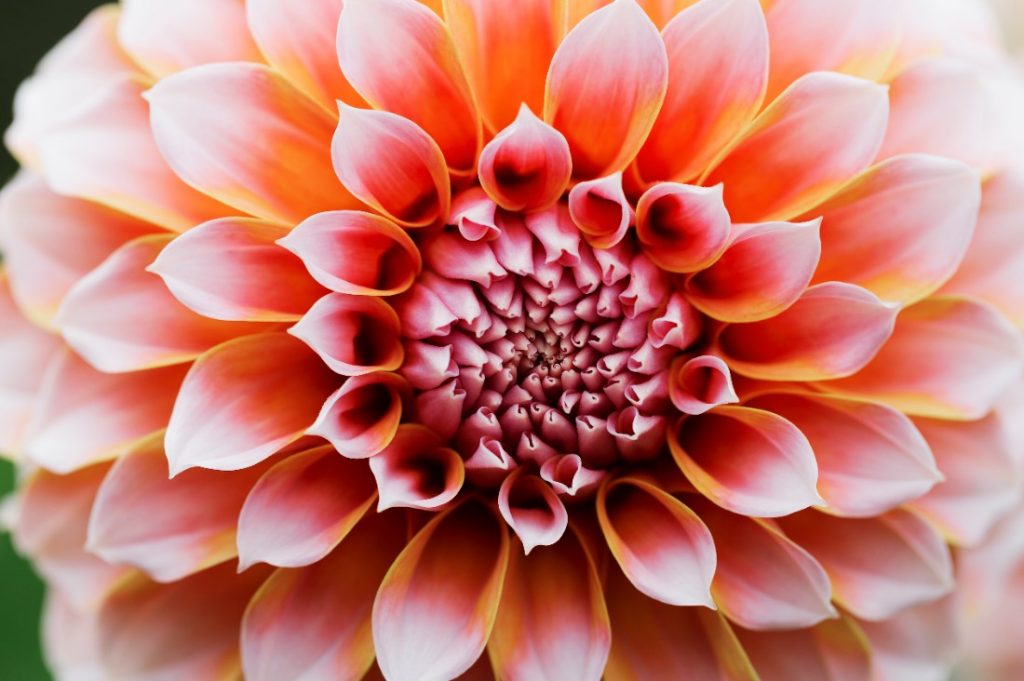 When you’re certain they have dried out properly, pack them in containers with chipped
bark, shredded paper, or old compost and store in a frost-free place.

The idea is to keep the tubers turgid without encouraging them to grow. Pot them up in February or March in a loam-based compost and gradually bring them into growth by watering.

When the shoots are a few centimeters high, make extra plants from short basal cuttings, use a sharp knife, and sever the shoots as close to the tubers as possible.

Strip off the bottom leaves and dibble them round the edge of a clay pot of gritty compost.

When rooted, pot them individually and plant them out later into final positions. Because this is a form of vegetative propagation, your new plants will be clones of the parent.

It can be advantageous to have several plants of the same variety – perhaps when you’re making ‘matching’ plantings in containers or borders on either side of the steps.

If you want to experiment and see what you’ll get, sowing seed will give you all sorts of excitement.

It’s easy to buy and even easier to collect your own seed – wait until the seedheads have turned dry and papery, store in a paper bag, and winnow by blowing away the chaff and keeping the seed.

If you do this, study the flat, circular bed where the flower was once attached, and you’ll see a perfect example of the Fibonacci sequence on its surface.

Dahlias are members of the daisy family, but when it comes to classifying them, there are a great number of different forms – some are single-flowered, some are double-flowered, some have huge heads of flowers with pointed, incurved petals, others have tight little pompoms that look as though a mathematician has constructed them – and so on and so on.

Now is the time to get going, whether you want to grow dahlias for cutting or bring drama and color to beds, borders, and pots.

Potted plants in full growth can be bought later in the year from nurseries, garden centers, and flower shows, but now you can purchase tubers, pot them up and bring them into growth to be planted out when all danger of frost is past.

Tubers can be planted directly into the ground, but this shouldn’t be done until late May. Buying early means, you’ll get the pick of this season’s freshest tubers.

Ensure that tubers are sound and not shriveled and dry; they should be plump and ready to grow.

Choose an ample pot, dangle the tubers and fill with compost so that the plant’s crown is level or just below the compost surface and the old dried stub of stem sticks above the surface.

We use our own potting mix with some sterilized loam, but any compost will do (as long as it is peat-free). Water well and place the pot in a bright, frost-free place. Keep the compost moist and give it a liquid feed occasionally to promote good growth.

In a few weeks, shoots will emerge but limit new shoots to five per plant and nip out the
growing tips to encourage a bushy habit.

Ready-potted dahlias should be planted at the same depth as they were in their
original containers. They need good, fertile soil, moist rather than dry.

If you decide to plant tubers straight into the ground, wait for the last frosts to pass, then enrich the soil with compost and a balanced organic fertilizer.

Dig deep and wide enough to accommodate the tubers with at least 5cm of soil above them. Use plenty of grit in the planting mix.

Water occasionally feeds with a high potash food, like tomato feed, to maintain flower quality and production during the growing season.

Stake where necessary and deadhead regularly to keep flowers coming.