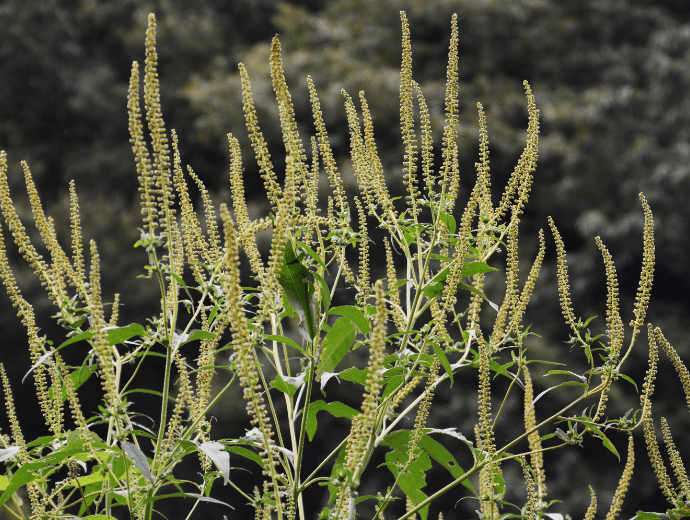 It is a weed (41 species worldwide) that grows most commonly in the U.S. in the Eastern states and the Midwest. A plant lives only one season.

Pollen-producing and seed-producing flowers grow on the same plant but are separate organs.

Ragweed plants usually are prevalent along roadsides, vacant lots, fields, and almost any other sunny spot. The plant thrives in dry and wet weather alike.

When glyphosate has not worked well on giant ragweed before, and hybrids are glyphosate-tolerant, include another herbicide with glyphosate and make the rate high enough to control glyphosate-resistant ragweed.

The candidates for tank mixes are Status, Impact/Armezon, mesotrione products, Laudis, and dicamba.

A high number of allergic reactions are caused by giant ragweed pollen, just as they are in the pollen of the more familiar species. It should be pulled and bagged immediately.

In addition, it is annual, and you do not want the seeds to contaminate the soil next year.

How To Identify Ragweed?

Ragweed may readily be identified thanks to its distinctive leaves and blooms. Ragweed is a plant that grows erect and has fluffy, feathery-looking, green leaves that almost resemble ferns. Ragweed leaves also have a hairy appearance, as you shall see.

Typically, the plant will have multiple clustered flowers at the top that resemble a fountain and several blossoms down to the bottom.

The female flowers are closer to the bottom than the male flowers, which produce pollen.

Ragweed plants are usually found in sparsely populated soil and are low in fertility. They prefer to thrive in thick, tilled soil. Additionally, they do not take being mowed very well.

As a result, maintaining regular lawn mowing and frequent cultivation or hoeing of open beds is essential for preventing ragweed in your lawn and flower beds.

Additionally, adding compost and other organic materials to the soil will improve it by supplying nutrients that will maintain the soil’s health and prevent it from becoming too heavy.

These two advantages will aid in preventing ragweed from growing in your garden. There are various methods to eliminate ragweed plants if they have already begun to develop in your yard.

Herbicide use, however, may not always be successful because some ragweed types have begun to develop a resistance to these standard weed killers in recent years.

The optimal period to apply herbicides to eradicate ragweed is mid-spring to early summer.

By tackling ragweed now, you can be sure that you’re spraying the pesticide when the plant’s leaves are still somewhat sensitive and young, making them more vulnerable to herbicides.

Ragweed can be controlled naturally by hand pulling. As the plants are simple to uproot and spot, this is the simplest method for controlling ragweed in a home garden.

Before they flower, remove these weeds from your garden. A ragweed plant can generate more than 60,000 seeds if given a chance to reach maturity.

Using chemicals for pest management should only be a last resort because organic methods are safer and more environmentally friendly.

Symptoms of ragweed allergy are similar to those of other pollen allergies.

These include congestion, chronic sinusitis, and headaches.

Ragweed allergy can interfere with sleep and cause other symptoms, such as asthma. Your doctor can perform a skin prick test to determine whether you’re allergic to ragweed.

You may experience redness and itching, and your doctor can prescribe treatments to reduce your symptoms.

Fortunately, ragweed allergy can be treated and even prevented. You can buy antihistamines, which block histamine from being released into the body.

However, antihistamines are usually necessary for a complete ragweed allergy reaction. Some of the best-known antihistamines include Clariten and Zyrtec.

However, consult your doctor to decide which treatment is best for you. 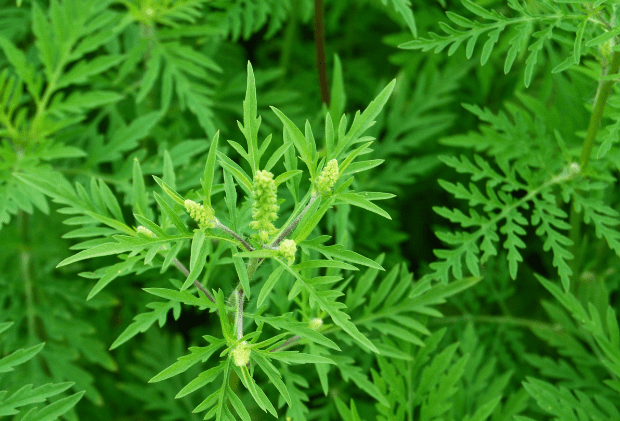 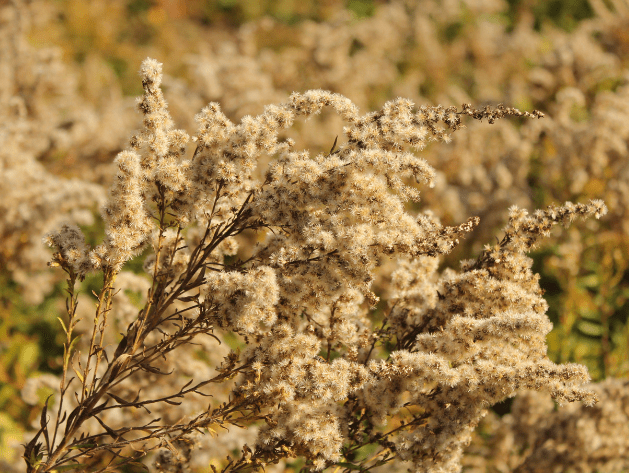 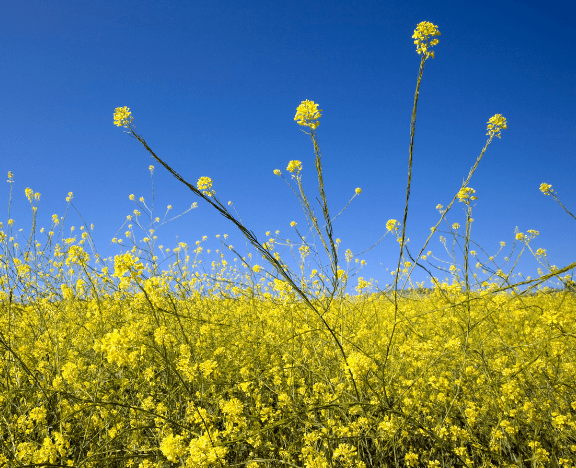