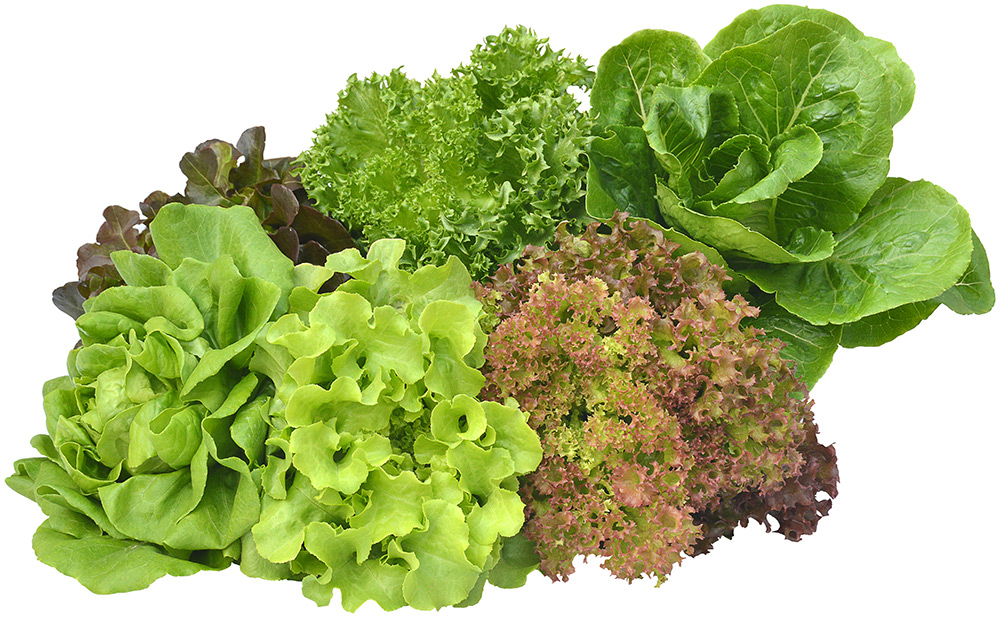 Is lettuce a vegetable? is lettuce good for you?

Lettuce is rightly one of the most widely grown salad plants.

Not only is the quality and flavor of home-grown lettuce far superior to anything you can buy, but the colorful varieties now available are exceptionally decorative in the garden.

Even in small gardens, there is always space for a few lettuces.

What Kind of Crop Is Lettuce

Lettuce is essentially a cool-climate crop, growing best at temperatures of 10–20°C/50–68°F.

Except for the Asiatic stem lettuce, it does not do well in scorching climates. You can grow it all year round in most temperate climates, provided you sow appropriate varieties each season.

Some protection is usually advisable for the winter crop, while in colder regions, artificial heating is essential for a continuous winter supply.

Where greenhouse space is limited in winter, it may be better to devote it to oriental greens grown as seedlings, salad rockets, Texel, endives, and chicories.

Compared to lettuce, these are far more tolerant of the low light levels and damp weather typical of northern-latitude winters and probably far more nutritious than most winter lettuce varieties.

Lettuces can be divided roughly into hearting and non-hearting types, with a few intermediate, semi-hearting varieties.

The principal hearting lettuce types are the tall cos or ‘romaine’ lettuce and the flat ‘cabbage’ type, subdivided into ‘butterhead’ and ‘crisphead’ lettuce.

While lettuces are predominantly green, there are now red and bronze forms in virtually every lettuce type.

They are slower-maturing than other types but stand hot and dry conditions well without running to seed, besides tolerating low temperatures.

Several varieties are frost hardy and can be overwintered, and some are suitable for sowing thickly as leaf lettuce.

Cos lettuces keep well after cutting. ‘Semi-cos’ lettuces are a smaller type, exemplified by ‘Little Gem,’ a compact variety notable for its sweet, crisp leaves – and arguably the best flavored of all lettuces.

This is the softer type of cabbage lettuce, typified by a flat, round head of gently rounded leaves with a buttery texture and mild flavor. 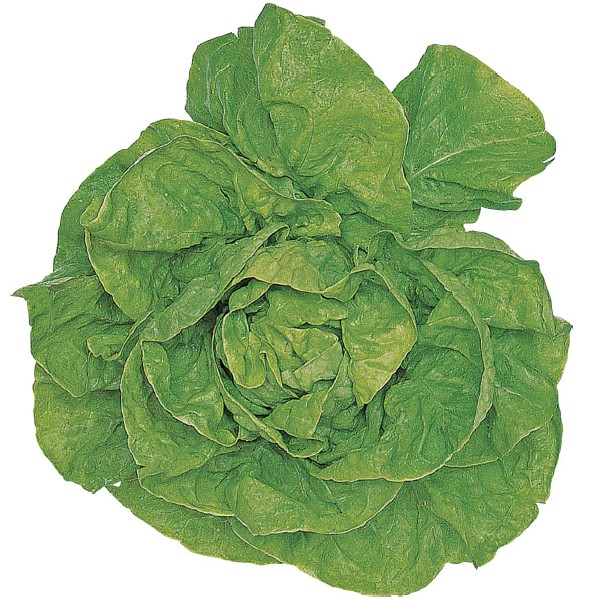 They tend to wilt quickly after picking. Butterheads generally grow faster than crispheads but are more likely to bolt prematurely in hot weather.

While mainly grown in the summer months, they are reasonably well adapted to the short days of late summer and autumn, and many winter varieties are in this group.

This group of cabbage lettuce is characterized by crisp-textured, often frilled leaves. The term Iceberg has been adopted for large crispheads sold with the outer leaves trimmed off, leaving just the crisp white heart. 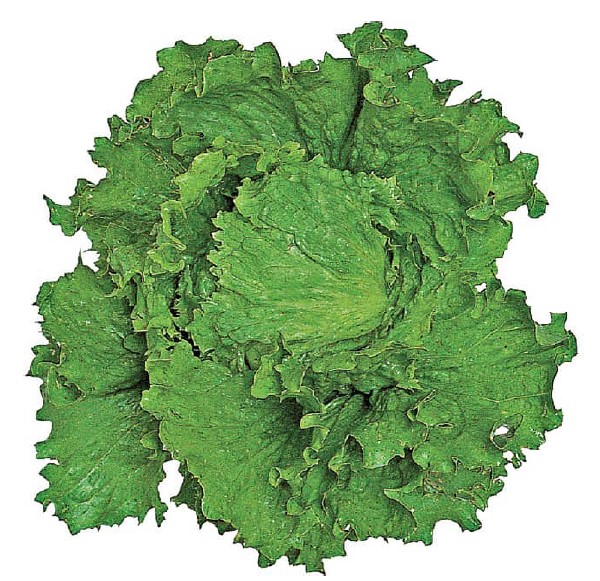 Crispheads keep reasonably well after picking. Many are considered flavorless, but an exception is a group loosely known as ‘Batavian.’ Of European origin, they often have reddish-tinged leaves and tend to be relatively hardy.

Lettuces in this group form only rudimentary hearts but produce a loose head of leaves that can be picked individually as required. The heads normally resprout if cut about 21/2cm/1in above ground.

The group is also known as ‘gathering’ or ‘cutting’ lettuces, or Salad Bowl types, after the variety of that name. 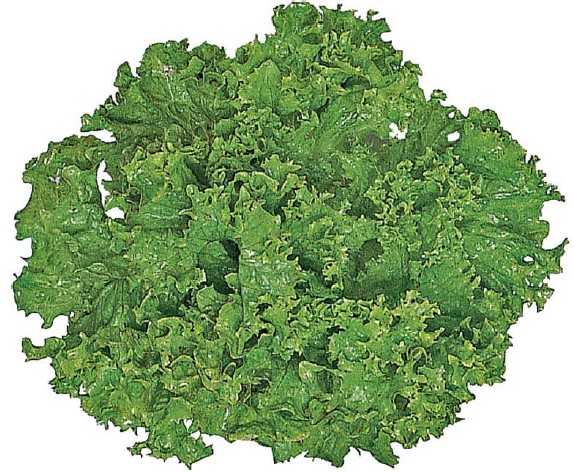 The leaves are often deeply indented (the ‘oak-leaved’ varieties closely resemble oak leaves) while others, notably the beautiful red and green Lollo varieties, which originated in
Italy is deeply curled.

Loose-leaf lettuces are generally slower to bolt than hearting lettuce, which, coupled with their ability to regenerate, gives them a long season of usefulness.

The central leaves of reddish-tinged varieties tend to become darker-colored with successive cuts.

Loose-leaf types are suitable for cut-and-come-again seedling crops. Most are reasonably hardy and seem less prone to mildew than other types.

Leaves are generally soft, are easily damaged by hail, and wilt soon after picking.

They are amongst the prettiest lettuces for potager use; the red-leaved varieties make dainty pinnacles at least 45cm/18in high if left to run to seed.

Its leaves are coarse and palatable only when young, unless cooked. Cultivate it like summer lettuce; spacing plants 30cm/12in apart each way. 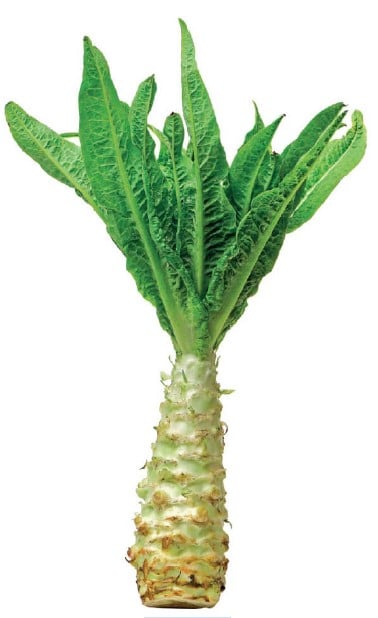 It is tolerant of both low and high temperatures but needs fertile soil and plenty of moisture to develop well.

The stem is sliced and used raw in salads but can also be cooked. It has a distinct lettuce flavor.

Mature, firm-stemmed plants can be uprooted in autumn and transplanted into cold frames, with the leaves trimmed back. This enables them to be kept in good condition for a month or more.

Lettuces require an open situation, but the height of summer and hot climates can be grown in light shade. They can be intercropped between taller plants, provided they have adequate space and light.

They do well in containers in fertile, moisture-retentive soil or compost.

• for seedling cut-and-come-again crops and leaf lettuce (see here);
• in scorching weather, when transplanted seedlings wilt badly after planting,
unless raised in modules; for some overwintered sowings.

The disadvantage of sowing in situ is that germination and early growth are erratic if soil and weather conditions deteriorate. Seedling and leaf lettuce crops apart, for good results thinning, is essential.

Start thinning as early as possible – and use the thinnings in salads. Final spacing depends on the variety: small varieties like ‘Little Gem’ 12– 15cm/5–6 apart; cabbage lettuces 23–30cm/9–12in apart; cos and ‘Iceberg’ types about 35cm/14in apart.

Sowing in modules (preferably) or seed trays for transplanting

A reliable method of producing good-quality plants, which suffer a minimal setback when planted out. It also allows for flexibility overplanting.

Transplant young plants outside when conditions are suitable or under cover of cloches, frames, greenhouses, or polytunnels.

Lettuces are best transplanted at the four-to-five-leaf stage. Plant most types shallowly with the lowest leaves just above soil level, though cos lettuces can be planted a little deeper.  I recommend planting at equidistant spacing rather than in rows.

Sowing in an outdoor seedbed

(Only advisable where there are no facilities for raising plants indoors or no ground is available for direct sowing.)

Most of the Lettuce types germinates at surprisingly low temperatures – it even germinates on ice – but some of the butterheads, and my favorite ‘Little Gem,’ have ‘high-temperature dormancy,’ which means that they germinate poorly at soil temperatures above 25°C/77°F.

These temperatures frequently occur in late spring and summer. You can take various measures to overcome the problem, of which the main options are:

• Use crisphead varieties, which germinate at soil temperatures of up to
29°C/84°F.
• Sow between two and four in the afternoon. The most critical germination phase then coincides with cooler night temperatures.
• Put seeds somewhere cold to germinate, such as in a cold room, in a cellar, or the shade. Or cover seed trays with moist newspaper to keep the temperature down until germination.
• If sowing outdoors waters the seedbed beforehand to cool the soil, or cover it with white reflective film after sowing and remove it as soon as the seeds germinate.

Common lettuce problems, such as bitterness, bolting, and disease, are exacerbated by slow growth, often caused by water shortage.

In the absence of rain, water summer crops at the rate of up to 18 liters per sq. m/4 gallons per sq. yd per week.

If watering regularly is difficult, concentrate on one really heavy watering about seven to ten days before harvesting.

Water autumn-planted lettuce well when planting, but water sparingly during the winter months as damp leaves invite disease. Lettuce responds well to being mulched with organic material or polythene film.

These are the most common pests on lettuce.

Birds Seedlings and young plants are most vulnerable, though mature plants are attacked from time to time.
Slugs can cause serious damage at every stage, especially in wet weather and on heavy soils. Red-leaved varieties seem less prone to slug damage.
Soil pests Wireworm, cutworm, and leatherjackets all destroy plants and are most damaging in spring.
Root aphids Colonies of yellowish-brown aphids attack the roots, secreting a waxy powder. Plants grow poorly, wilt, and may die. There are no organic controls: practice rotation and check current catalogs for varieties with a measure of resistance.
Leaf aphids (Greenfly) Attacks are most likely outdoors in hot weather and undercover in spring.

There are no organic remedies for diseases, so prevention is all-important. Watch in current seed catalogs for new varieties with disease resistance or some degree of tolerance.

(As resistance eventually breaks down, resistant varieties tend to come and go.)

Avoid overcrowding; keep foliage dry by watering the soil rather than the plants; avoid watering in the evening; keep greenhouses well ventilated.

Cut off infected leaves with a sharp knife. Burn them and debris from infected plants, which harbor disease spores. Use resistant varieties. Transplanted crops are less susceptible to mildew than direct-sown crops.

Grey mold (Botrytis cinerea) A rotting disease that commonly manifests itself at the stem’s base, causing plants to rot off. It is most serious in cold, damp conditions.

Avoid overcrowding and deep planting; take preventive measures as above for downy mildew. Currently, there are no varieties with effective resistance.

Mosaic virus A seed-borne disease-causing stunted growth and yellowish mottling on the leaves, which become pale.