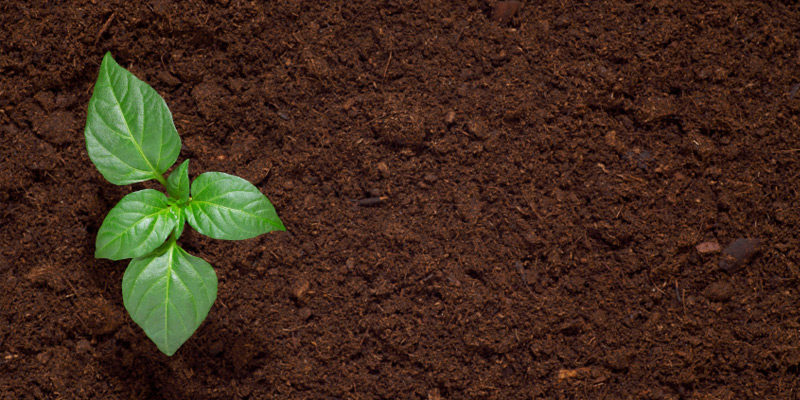 The Secrets of Good Soil

I have believed that ‘improving’ the soil was the holy grail of gardening for most of my life.

Lick it into shape, and your garden will inevitably become better too. I also believed that soil was a kind of qualitative measure of the gardener.

Good rich soil exemplified the hand of a hard-working gardener. It had moral as well as practical qualities.

But over the past few years, I have instead changed my view on this.

It is not entirely wrong, of course, but it is only part of the truth and is also based on a very one-sided relationship between the gardener and the ground they cultivate.

I was of the school that believed a good spade wielded vigorously would solve most horticultural problems.

I even fetishized a particular spade that I had made for myself 25 years ago as a symbol of everything noble about my relationship with the earth – and by that,

I included the entire planet as well as my backyard. However, research has emerged since then that has made me realize two things.

The first is that soil is a much more complex material than we imagined. Its relationship to plants depends on a chain of interactions so interwoven and far-reaching that it makes the average neural pathway look like a basic on/of the switch.

The second is that we know practically nothing about any of this. It has been said that we know more about the outer reaches of the universe than about the soil 15cm beneath our feet. 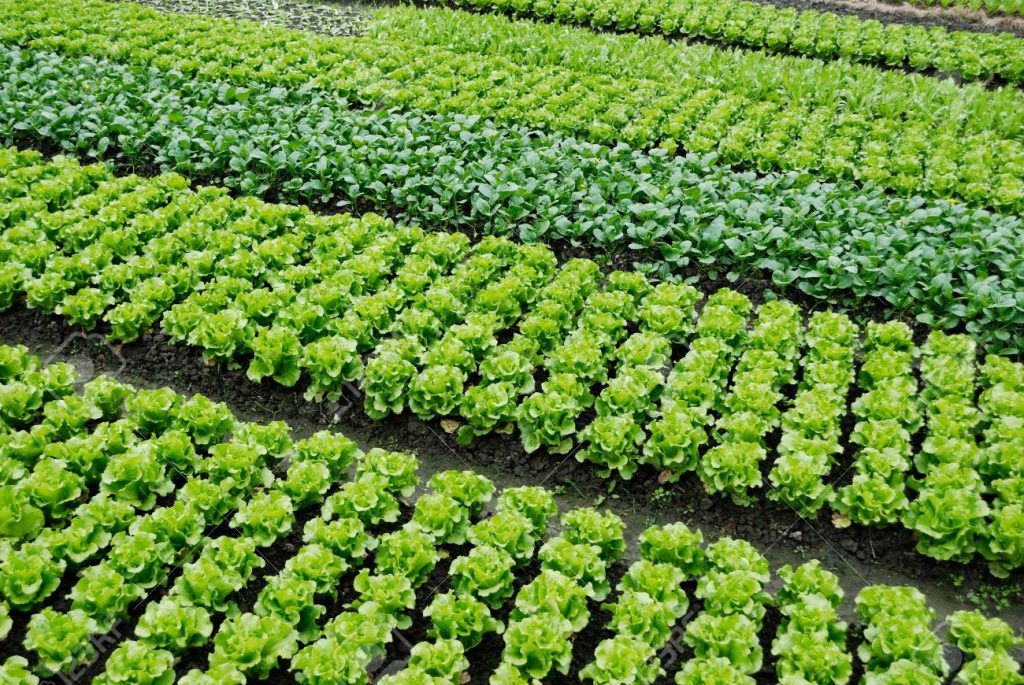 One-third of every living organism on our planet lives in the ground, yet we have only identified about one percent of them.

The phrase ‘barely scratching the surface’ does not do justice to our ignorance.

If I were 21 and a scientist looking for a direction, I would turn towards soil science.

It is the most unexplored and exciting field open to discovery.

But you do not have to be a pioneering scientist to learn – and every gardener, however, fixed in their ways, stands to benefit from a little knowledge of what has been discovered about the ground we so carefully tend.

The old received wisdom was that there were four types of soil: clay, chalk, sand

and peat, each with its own texture, characterized by the size of particles within it.

The average garden was likely to be a composite of two of these soil types but dominated by one characteristic that would determine the broad swathe of plants you could comfortably grow.

preferably doubly so – and by adding large quantities of manure – preferably in a trench as you dug.

In fact, it is now reckoned – and I stress this science is nascent and discoveries are being made almost daily, albeit by the pitifully underfunded soil scientists working in this country – that there are more than 50,000 soil types in the world*.

Each one is a separate ecosystem with individual characteristics, and each hosts countless organisms interacting as part of the life of the soil and the plants that grow in it.

Confused? You might well be. If you are not floundering, you have not begun to grasp the complexity of this.

Suddenly a bit of virtuous digging and a fresh load of manure do not cover all bases.

We are also losing our soil at an alarming rate. The human population is rapidly rising worldwide, and virtually all of the new growth is being housed predominantly in towns and cities that, by definition, are not providing food for their inhabitants. 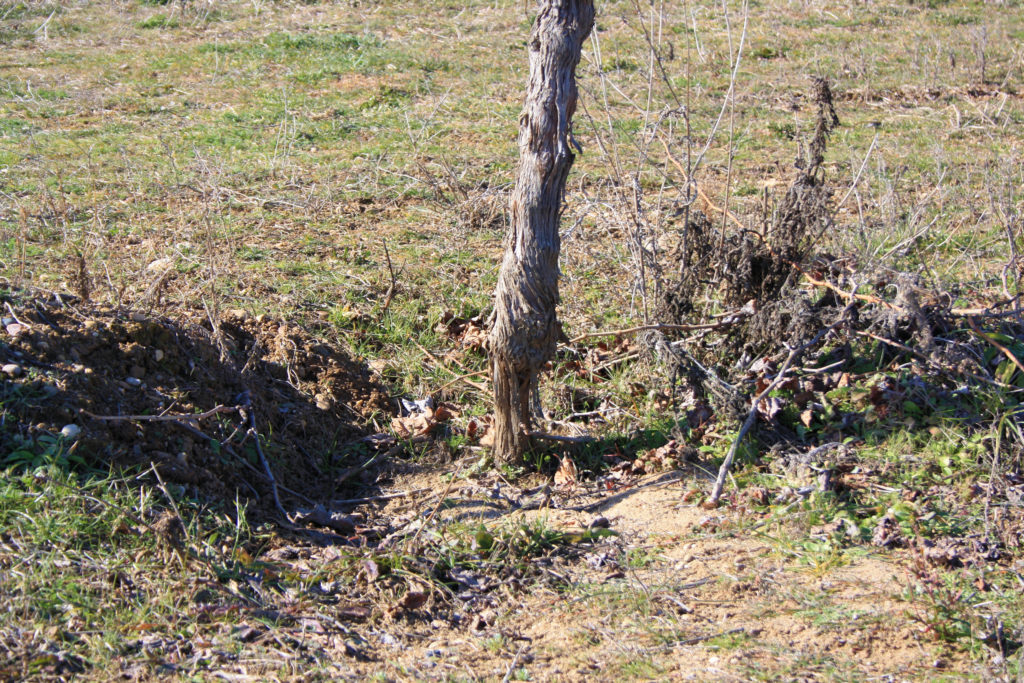 Yet in the remaining unurbanized areas, about two billion hectares of soil have been degraded during the past forty years – equivalent to 15 percent of the Earth’s land area – and the soil is being lost at 10-40 times the rate at which it can naturally regenerate.

This is entirely due to human mismanagement, carelessness, or ignorance.

It can take almost 1,000 years to make just a couple of centimeters of the soil, and if we were to continue abusing and misusing our soil, then we would run out in a couple of generations.

That will not happen because many people around the world are aware of the dangers, not least the Intergovernmental Technical Panel on Soils, a body of 27 experts assembled by the Food and Agricultural Organization of the United Nations, which is mapping soils around the world to work on how best to conserve and use them.

Then there is the fact that soil, and in particular peat, is a major store of carbon in the form of organic matter. 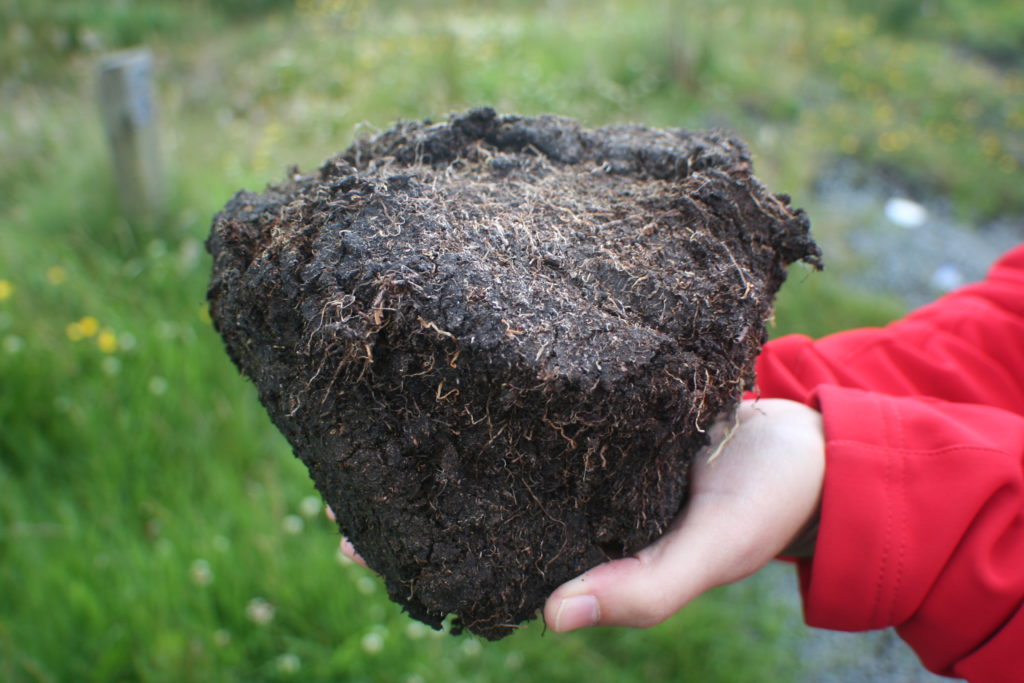 Loss of organic matter is detrimental to soil quality, as it is important for fertility, stability, and air and water retention and is a key indicator of soil health.

Even just digging soil, not to mention plowing it or, heaven forefends, mining peat, releases carbon into the atmosphere.

In fact, it is estimated that worldwide, agricultural tillage releases 10 times more carbon into the atmosphere every year than all deforestation.

Gardeners are a key part of this. This might suggest that we should add large volumes of manure and compost as we did before, but do we need to, and if so, what is the most beneficial way to add organic matter to our soil?

The best supply of organic matter comes from plant material, mainly roots, and the bodies of the trillions of organisms in every 30cm2 of ground, making the best tool for the job, not the spade or plow but the earthworm.

remarkably efficient at bringing in, digesting, and incorporating organic material.

the hectare, which is as much as any plow.

In other words, you can put the spade away.

There is no need to dig anything other than planting holes.

The best way to improve the organic content is by adding a 2-5cm layer of compost to the surface and letting worms incorporate it and critically, covering the ground with plants.

Do not leave bare soil anywhere. Grow in it, mulch it, but resist cultivating it. Soil structure is almost as important as soil content.

Much research is being done on this. Get the pores in your soil right, and you maximize root development, drainage, water retention, and bacterial and rhizomatous growth.

So, adding organic material and perhaps extra grit, avoiding compaction from walking and cultivation, and using plants – even weeds – to open up the soil with their roots and add their biomass will improve soil structure.

If the structure is good, so will be the fertility because your plants will be able to take up

Soil is not a solid thing, any more than light is.

Imagine it as a living entity working with plants rather than an inert medium to raise them.

Adding to the life of the soil

This brings us to another aspect of soil that is only just coming into mainstream thinking.

The relationship between plants and soil-dwelling bacteria and fungi is complex and almost entirely beneficial.

I get thousands of letters every year about coping with or defeating fungi, worms, beetles, and other visible denizens of the soil.

If the people could see bacteria, I am sure they would want to zap them too. But

without this subterranean life, there would be no gardens, and it is crucial to have soil that contains as much life as possible.

It is important to realize that there is no one perfect soil, and the recipe for such perfection is, in its fluid, shifting way, responsive, but it will change with the circumstances.

In fact, to adapt to the adage about clothes and weather, there is no such thing as bad soil, just the wrong plants in the wrong place.

If a plant is healthy and happy, it may not, I’m afraid, be purely down to your tender loving care or extreme skill.

It will also be because it has found the right soil in which to put down its roots. Therefore, the key is to know your soil and choose the right plants to grow in it.

Look after the soil, understand it, and know it well, and you will invariably

look after the planet too.

But The good news is that normal garden compost, which any gardener can make in their

garden or allotment is the best way to nurture the soil.

When you apply a mulch layer, you are not ‘feeding’ it as such but recharging it.

Life is already in the soil. It knows what to do. As yet, we barely have an inkling of how it does what it does, but that is the great field of discovery to be explored by the next generation of soil scientists.

Applying compost, made largely from plants grown in your soil, will add an intense dose

there – even in soil that seems unpromising.

So, as the new gardening year opens out before us, we should all try to improve our

Nurture a healthy worm population. Make compost and add it thinly as a booster for life already busy at work in the ground.

Cut back on the digging. Choose plants wisely so that they interact well with your soil as it is and not as you wish it might be.

A healthy plant will make the most of what the soil provides and limit both the rate and ultimate growth to achieve that end. Plants will always work with the soil they grow in.

It makes sense for gardeners to do so too.

How to make the best compost