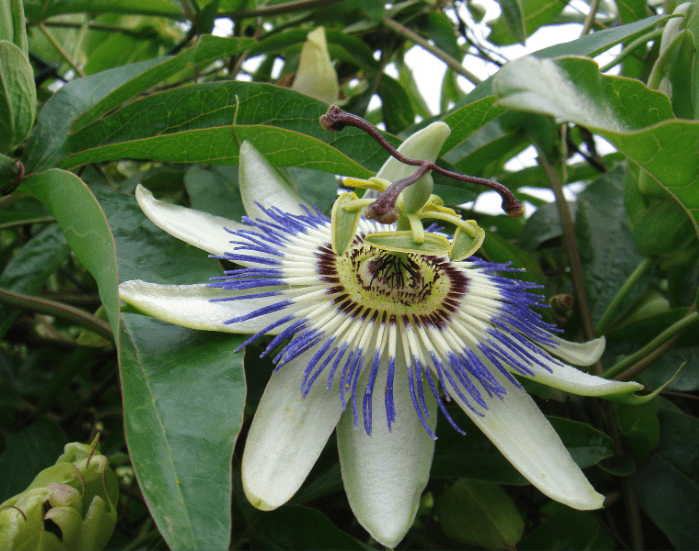 The Passiflora Caerulea Passionflower is a native flowering plant of South America. Also known as blue crown passionflower and common passionflower, it grows on a vigorous tendril vine up to 10 m high.

Its blue flowers are a symbol of the sea and are a popular cut flower. While most people associate the plant with sand dunes, it’s actually not as exotic as it sounds.

Passiflora caerulea is a fast-growing, semi-evergreen vine with bright blue flowers in summer and autumn.

It has attractive, deep green foliage and a cold-hardy root system. It can be grown indoors, but you’ll need to provide support for the climbing stems.

You’ll need to provide sturdy support for this plant, if grown outside, It will grow to approximately 30 feet.

Passiflora is a family containing over 500 species of primarily evergreen tendril climbers native to South America and the West Indies.

They grow in tropical woodland or grassland in the wild, scrawling across trees and plants and reaching tremendous heights.

Passion flowers were popular throughout the Victorian era, but they fell out of favor during the World Wars because people couldn’t afford the glass required to produce them.

Despite their exotic appearance, passion flowers are simple to grow, and their fragrant blossoms persist for months.

Many more colorful varieties are not hardy and must be grown in a heated conservatory, where they will scramble up to the roof and bloom profusely.

Many half-hardy species, however, can be grown outside if a proper microclimate is created a sunny, south-facing wall and free-draining soil are essential.

Passion flowers can be planted in the garden over a pergola or trellis or in a pot that can be brought within during winter.

Passiflora edulis, which produces a fruit similar to the sweet, juicy kind available in supermarkets, can be cultivated in a heated conservatory or glasshouse and is self-pollinating.

Keep the roots confined while growing passion flowers in a pot. They should be potted regularly, but never in excess, and watered lightly during the winter, increasing when growth begins—feed between May and September, using a high potash feed to produce maximum flowering.

After the summer, keep pruning to a minimum because the growth needs time to harden to withstand any cold spells. Passion flowers bloom in the current year’s growth. Thus, they can be pruned to limit growth.

Semi-hardwood cuttings are typically used for propagation. Cultivar seed can be used. However, the results may be unreliable.

Pests and diseases do not affect outdoor passion flowers. However, conservatory types can suffer from a mealy bug or red spider mite, primarily caused by hot and dry conditions. 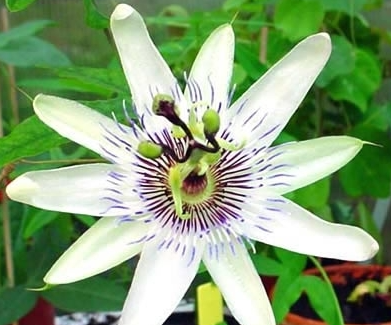