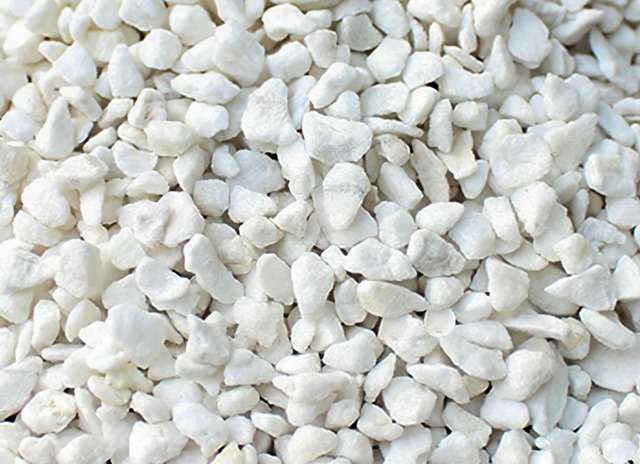 If you have even one plant growing in your home or office, I can virtually guarantee that its soil contains perlite, vermiculite, or both.

But I would also speculate that most people have confused the two materials at one time or another. Is the perlite the white stuff of the brown stuff?

These two soil amendments have similar backgrounds, but they perform opposite functions in potting soils, so it’s essential to understand the difference to get the best performance from your plants.

Perlite is simply a white, round pearl-like volcanic rock, a naturally occurring mineral. It’s mined, crushed, and rapidly heated to about 1,000 degrees C; it starts popping like popcorn.

It is popped to reduce its bulk density — in other words, to make the pebbles much larger and subsequently a lot less dense.

Adding lots of puffy, styrofoam balls like lightweight material perlite particles into potting soils ensures well-drained soils. In essence, it is a lightweight substitute for sand.

Perlite is also excellent for rooting cuttings because it promotes more substantial root growth than water alone. Place your cuttings in a Ziploc bag of moistened perlite that is approximately one-third full of perlite.

Fill the perlite bag halfway with the cut ends of the cuttings up to the node, then seal it.

After two or three weeks, place the air-filled bag in indirect sunlight and check for root formation. When the roots are 12 to 1 inch (1-2.5 cm.) long, the cuttings can be planted.

A high-quality, well-drained potting soil should have at least 25 percent perlite to ensure that water drains quickly and that the roots have plenty of oxygen.

Be aware that growing plants in perlite may result in fluoride burn, which manifests as brown tips on houseplants.

Additionally, it should be moistened before use to minimize dust. Perlite’s large surface area makes it an excellent choice for plants that require high humidity levels.

Due to evaporation from its surface area.

Vermiculite, like perlite, is a mineral heated and blended into potting soils. But while perlite improves drainage, vermiculite does just the opposite.

Its role is to temporarily retain water and nutrients, giving plant roots enough time to draw upon these precious resources before they drain away.

Vermiculite performs this role very well because of its structure, which roughly resembles a stack of plates. Water and nutrients are trapped rather tightly between these plates, but plant roots have the knack for extracting what they need.

I’ve found with vermiculite that it performs this role just a little too well. We grew our greenhouse plants in a blend of perlite, vermiculite, and peat moss.

Still, we’ve eliminated vermiculite from the mix simply because it reduces air infiltration and often traps far too much water, leaving the potting soil excessively soupy.

We still use vermiculite in seedling mixtures because seedlings need the consistent moisture levels that vermiculite is adept at providing. 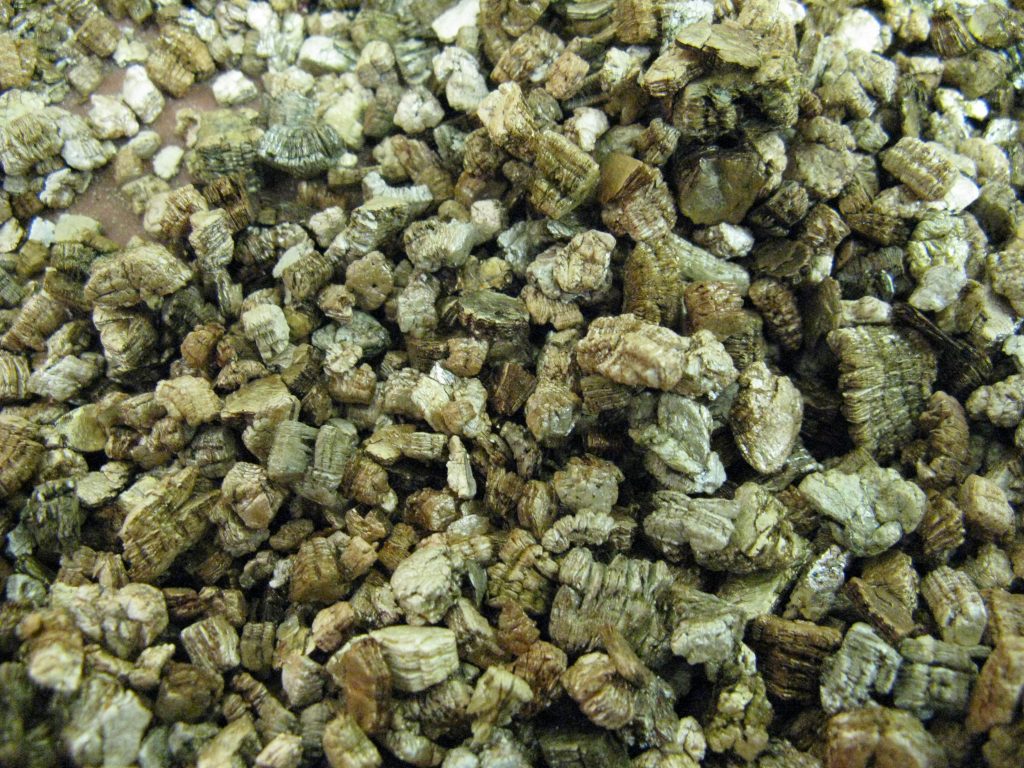 THE RIGHT MIX OF PERLITE AND VERMICULITE

Each supplement has its strengths. I always advise people that one of the most critical potting soil components is air, and having sufficient perlite in your pots lets roots breathe a little easier.

On the other hand, if you’re raising moisture-loving seedlings, a little vermiculite in the seedling trays will help them thrive.

Translation: peat moss tends to absorb large amounts of water, and the perlite lets it move through the soil and out the container’s drainage holes.

Good quality potting soils should contain anywhere from 10 to 20 percent perlite. I like those that nudge the 20 percent side because roots breathe best in a more porous mix.

The reality of many “professional” potting soils is that they contain what I suspect is no more than one percent perlite — a mere window dressing. Unfortunately, a few bits and pieces scattered throughout a bag will have virtually no effect on the structure of the potting soil.

A second option is to buy all components individually and mix them yourself. The advantage, of course, is that you can customize the blends.

The disadvantage, however, is that custom blending can be a bit messy and dusty. Perlite dust, in particular, can irritate the eyes and throat, so if you blend your mix, do so in a well-ventilated area or wear a mask.

That’s perlite in a nutshell — a fantastic product that allows gardeners to grow plants in much larger containers, producing better-looking, larger plants.

I know I wouldn’t be without it. After all, besides amending my soil, it allows me to enjoy my containers up close rather than longingly through my living room window while I lie on my couch with a hot water bottle on my back.