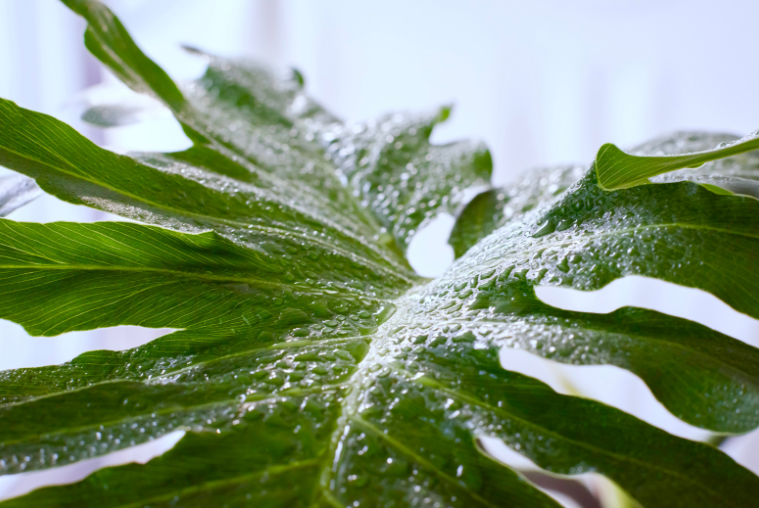 According to researchers at U.C.L.A., most of the year, the philodendron selloum (family Araceae ) sits, cool, green, and rather dull, in building lobbies, doctors’ offices, and homes of those who have no luck with African violets.

But for two nights every year, it exposes a flowering stalk and burns. Wow, does it burn! – radiating a steady 114 degrees Fahrenheit.

The philodendron selloum wants to lure a species of scarab beetle into lugging the pollen from the flowers at its top over the no-man’s land that is the sterile flowers in its middle to the seed-producing flowers at its bottom.

Unfortunately, however, this particular beetle lives in Brazil – and that’s too long a flight for a one-night stand, which means that the philodendron selloum is burning and yearning for naught.

So what do you say to a plant that’s suddenly dropped its spathe and developed a fever? Simple. First, you get a drink. Then you talk sense. You say ”No beetle is worth it,” or ”Those North American beetles don’t know a good philodendron when they see one.”

You don’t say, ”If you’d only stayed at home, you wouldn’t have this problem,” or ”Don’t you think you’re a little too old for all this?” And you’re kind, very kind because a philodendron selloum can’t walk it off or pick up the phone.

Or scour ”The Prophet” for wisdom suitable to the occasion. No, there’s nothing for a philodendron selloum but the long wait till the fire dies down. And, if it’s lucky, an owner who’ll help it make it through the night.

Although most growers commercially cultivate Philodendron selloum from seeds, stem cuttings are the easiest way to propagate plants.

Choose stem cuttings with an unbroken leaf node after pruning.

After that, the cutting can be reproduced in soil or water.

Water propagation is as simple as keeping a jar of water in a warm, dry location.

To utilize soil, however, you must first dip the cut piece of the stem in root hormone before repotting in moist soil that is deep enough to hold the cutting erect.

Because you can’t see the root growth, you’ll have to either keep an eye out for new growth or gently pull on the cutting to see whether it resists.

Once the roots have been established, the new plant can be transplanted to a larger container or more permanent.

Scientific Name: Philodendron bipinnatifidum is the scientific name for this plant.

Growth Habit: Growing to 10 feet tall and wide, this sprawling evergreen shrublike perennial produces one or more thick stems. The dark green leaves, which are deeply divided and grow 2 feet long and wide, are deeply divided—plant in full sun to partial shade.

Feedings: In March and June, use a basic garden fertilizer once a month.
New plants are propagated either from seeds or by tissue culture.

Hardiness: Tender; survives most winters with minor leaf damage. Plants frequently grow back from buds near the ground when badly damaged. 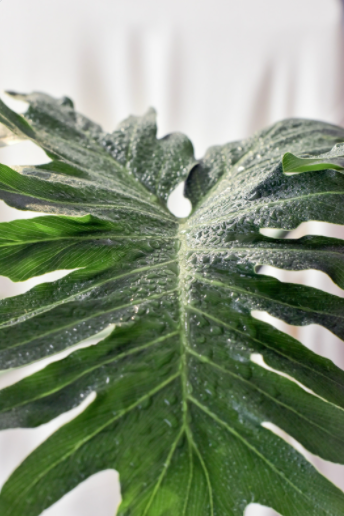 Major issues: Plants like acidic soil and alkaline conditions near homes and walkways can cause them to be yellow. To remedy the chlorotic appearance, adjust the pH or apply small nutrients. Scale insects can impact plants, but they are rarely necessary to regulate.

Pruning: Selloums grow quickly and need to be pruned frequently to keep them in check. To inhibit development, the stem segments might be removed. To remove cold damage, primary pruning is normally done after the winter.

Use: Large accent plants near patios and walkways can be used as single plants. Selloums can also be utilized as foundation plantings near massive walls to give them more area to flourish. View barriers and space dividers can be created by lining up several.

Plants can also be used to decorate patio and balcony decorations in containers. The flowers are encased in a green to cream-colored banana-like inflorescence that is a sight to behold but is sometimes obscured by the foliage.