Gardenfrontier
Home Gardening Pigweed: 1 Green You Should Not Dismiss As A Weed
Twitter89Facebook1PinterestSubscribeShare
90
SHARES

it might seem odd to make such a humble weed this article power plant, but you may be surprised to know how much it is valued for its nutritional qualities and culinary uses in the
The Mediterranean and the Middle East.

Although it occurs worldwide, so is a cosmopolitan species; common purslane is widely regarded as a native. As such, it was valued by Indigenous Australians and early European settlers alike. 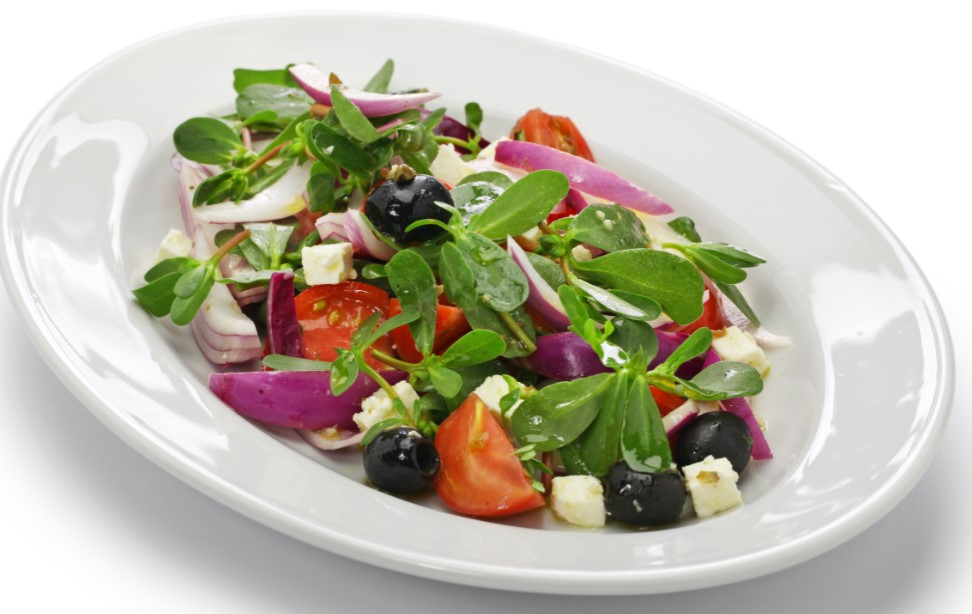 These days, however, gardeners largely dismiss it as a weed, and in agricultural settings, it’s undoubtedly considered an invasive weed.

Some years, I have had this plant running quietly rampant in just one veggie bed — not affecting the other beds at all — and you probably have, too.

I used to pull it out constantly over summer and throw it away, though I vaguely knew it was edible and actually highly nutritious, so I decided to give it a go.

It has a slightly salty taste and fleshy texture that make it a suitable addition to leafy salads.

So far, I’ve only thrown it in with other greens, not made an entire salad from it as they do in Turkey and Lebanon, for example, where they dress it with yogurt, garlic, olive oil, and sometimes a sprinkle of chili flakes and mint.

Pigweed is also used as a garnish and is cooked into stir-fries (quickly at the end) or sometimes used to thicken soups due to its mucilaginous consistency.

The slight tartness in flavor is due to oxalic acid, which means you should eat it in moderation when raw or lightly cook.

Pigweed contains good amounts of omega-3s, which we mostly tend to get from animal foods, especially oily fish and grass-fed beef. In fact, it is the richest source among leafy greens.

Antioxidants, including vitamins A, C, and E, are also abundant and the minerals magnesium, calcium, potassium, and iron.

According to a 2014 World Scientific Journal article, “Pigweed has better nutritional quality than the major cultivated vegetables, with higher beta-carotene, ascorbic acid, and
alpha-linolenic acid.”

It has been used traditionally for the “treatment of burns, headache, and diseases related to the intestine, liver, stomach, cough, shortness of breath, and arthritis.”

It has been used in herbal medicine in China for the treatment of hypotension and diabetes.

There is no scientific evidence for the latter, though pigweed has been shown to lower cholesterol and triglyceride levels and raise beneficial high-density lipoprotein.

Pigweed is super-easy to grow as the same qualities make it a weed means it needs very little care.

It likes full sun but will tolerate light shade. Well-drained soil with good organic matter will make it run rampant, though it can handle poorer soils.

Some good rain will get it going — in fact, you’ll often first notice the tiny seedlings appear after about of spring rain when the temperature has warmed — but, once established, it’s pretty drought tolerant and won’t need feeding.

The plant doesn’t mind the heat of summer but will die back when the weather cools and starts going into winter.

The tiny seeds lie dormant overwinter in southern states. It will happily grow through winter in tropical areas, so now is a good time to sow seeds in subtropical and
tropical regions.

Heirloom cultivars such as Purslane ‘Large Yellow’ and Purslane ‘Golden’ are
available from online seed companies. These are said to have a good flavor.

Sometimes called a dip, this salad is popular in Middle Eastern countries like
Turkey, Lebanon, and Iran. Just mix the ingredients in proportions to taste. 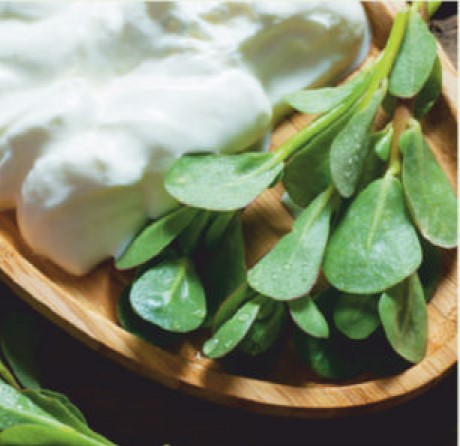 Although they may be referred to as portulaca and are both members of the large Portulacaceae family, don’t confuse pigweed with the ornamental, non-native.

Portulaca grandifl ora, which has cylindrical leaves, while purslane has flat rounded leaves.

The word grandifl ora should give you a clue that you grow this one for its showy flowers and not for its unpleasantly bitter taste.