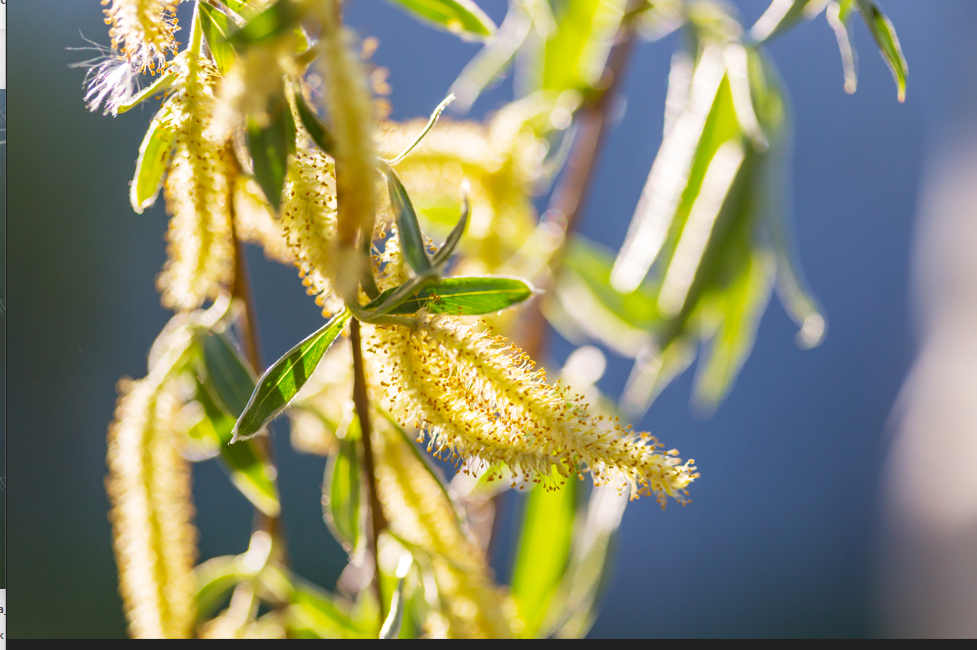 Learn About The Pussy Willow Tree

The Pussy willow tree (Salix discolor) is a species of willow family and is native to vast regions of Canada, from B.C. to Newfoundland. It prefers the shoreline of lakes, rivers, and ponds, with plenty of soil moisture.

Pussy willows also known as goat willow are dioecious, meaning there are male plants and female flowers that are distinct and borne on different plants.

The flowers are difficult to tell apart while young, but as the pussy willows mature, the pollen-bearing male flowers are relatively easy to distinguish from the seedbearing females.

Pussy willows are part of the Salix family. They contain a salicylic acid chemical, a precursor to one of the most popular over-the-counter pain medications: acetylsalicylic acid (ASA), more commonly known as Aspirin.

The indigenous people of North America and early Eurasians discovered they could derive some pain relief from chewing on the bark.

However, as great as the analgesic benefits of salicylic acid are for humans, willows don’t manufacture the chemical for our benefit – – they use it to increase their resistance to infection.

Research is being done to see if salicylic could also be used as a natural pathogen fighter for a variety of crop plants.

How do you go about it if you want to grow pussy willows worthy of oohs and aahs? The first thing to understand is that there is nothing you can do in the spring to turn run-of-the-mill pussy willows into champions.

The previous year’s growing environment determines the size and number of catkins.

Consistently moist and rich soil is vital to growing the best quality and largest catkins, so pussy willows are perfect small trees for low spots in large yards.

You’ll also want to choose your willow branches wisely. Look for those with the most significant number of plump buds.

If they aren’t heavy enough, sit them in a vase of warm water for a few days. It won’t guarantee success, but it might give you a slight edge.

Don’t forget that while the pussy willow is a beautiful species, many other willows are hardy here and just as intriguing.

The polar Bear (Salix silicola) comes to mind. It has many buds, but it also has furry, silver-white, and blue foliage.

So if you think you have the fortitude to try your hand at championship pussy willow competitions, by all means, give it a try.

At the very least, if your catkins aren’t as lovely as your neighbor’s, you can at least chew on a few branches to alleviate the pain of defeat.

ATTRIBUTES: A harbinger of spring with silvery-haired emerging flowers that are often cut for indoor bouquets. The plant is very easy to grow. It has beautifully textured grayish foliage and is the garden host of the Viceroy butterfly.

BLOOM COLOR: The emerging flowers (officially called “catkins”) are silver, with a brown bud cap that is retained on the side of the catkin. The flower opens to a yellow-stamened bottlebrush-like flower that is even more ornamental in the landscape.

BLOOM TIME: The catkins emerge as soon as the ground thaws in late winter or early spring. They are currently at peak in parts of the Midwest.

CULTURE: One of the easiest shrubs to cultivate. It thrives in moisture- rich clay soil but is as well quite tolerant of drought.

Only new growth can yield catkins, therefore it’s ideal to prune back each spring to promote long new canes that will be covered in catkins.

It is easier to maintain the plant’s growth by pruning off the falling branches each spring after it blooms if you choose a weeping variety, which is available and advised.

Pussy willows are very simple to grow since cuttings from mature shrubs can either be rooted in water or planted immediately in damp soil.

LANDSCAPING TIPS: Best grown in the cutting garden where they can be cut back each season.

COST: Get one for free by taking a cutting from a friend’s shrub. The weeping cultivar is grafted and usually sells between $60 and $100 depending on the size of the plant.