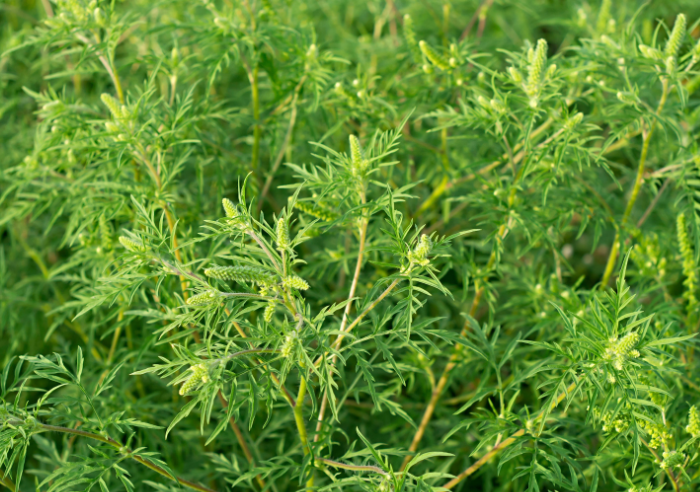 AMBROSIA is rather a pleasant-sounding name, but the sheer sight gets adverse feedback from thousands of people who are afflicted by it.

Ambrosia artemisiifolia is the familiar name for common ragweed, the dreaded harmful plant whose ragweed pollen results in hay fever for 15 percent of the population.

And there is plenty of it around.

Ragweed flourishes in a southern mild climate but perishes out north. It often grows alongside goldenrod in the countryside, whose tall shafts are covered with small, deep yellow flowers. The brighter goldenrod is often wrongly blamed for hay fever.

About 250,000 tons of ragweed pollen saturate the air over the United States every year, and pollen has spread hundreds of miles from its origin.

In cities, ragweed propagates in vacant areas, cracks in concrete and neglected gardens.

In a small proportion of people, it can induce asthma, and, occasionally where people already have asthma, it will get worse.

Ragweed season begins between the 10th and 15th of August, peaks at the end of August, and lasts four to six weeks.

Then sometime from mid-September to the first part of October, you will see a decline in the levels.

These annoying symptoms can affect the quality of sleep and hamper daily activities. Plus, these problems often precede the development of asthma.

Ragweed allergy symptoms have become easier to control with the second generation of antihistamine drugs, most notably Allegra and Claritin because they’re less likely to cause drowsiness than previous antihistamines. 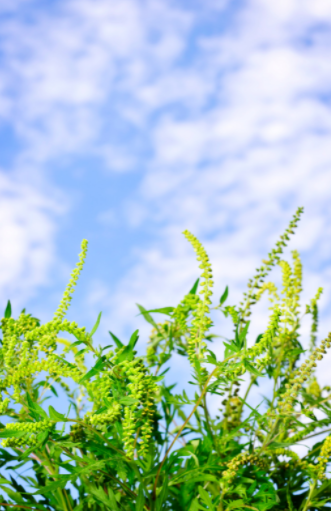 But they don’t work very well for congestion, and that’s a big problem for many people.

Allegra and Claritin make products that include a decongestant, but you can buy over-the-counter Sudafed separately because decongestants usually are stimulants.

You will take stimulants only as needed and are less likely to have trouble sleeping.

The other popular medicines, nasal steroid sprays such as Flonase, are best for nasal and sinus symptoms.

They can also work more to prevent that clogged feeling, that congested feeling of sinuses that are acting up – the congestion, mucus, and pressure around the eyes and in the cheek area.

How To Find Relief From Ragweed Allergies

Here are some tips for ragweed allergy relief:

Staying indoors with air conditioning is often the best defense against allergens.

For everyone with a severe ragweed allergy, July and August would be an excellent time for a vacation.

If nothing helps, you might consider relocating to an area where they don’t have the ragweed.