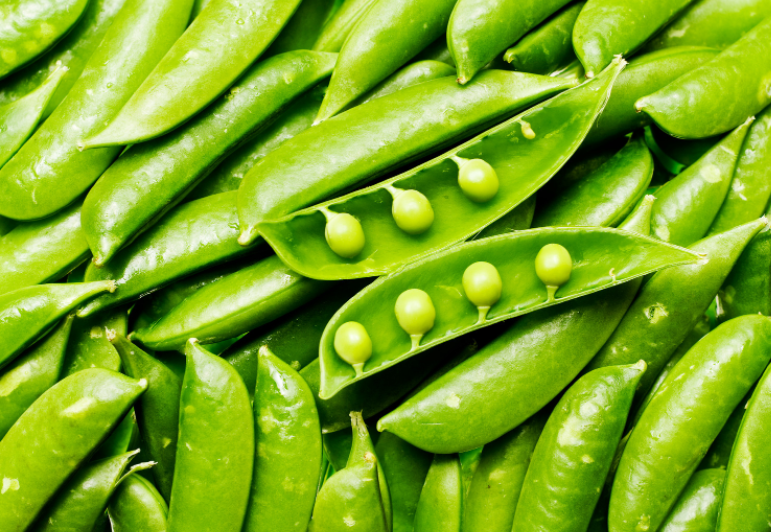 Not Yet Enough Of Snow? Try Snow Peas

The winter vegetables such as cabbage, cauli, brussels sprouts, sprouting broccoli, silverbeet, spinach, broad beans, etc are all well underway and the early-planted crops are ready for harvesting about now.

So what can one plant for a bit of variety? Snow peas are one answer, and now many garden centers have Chinese snow peas in packets (there may be other brands), and now is an ideal time to plant them.

How To Grow Snow Peas

It is always best to grow your snow peas (or peas) from seed. They sprout as quickly as six days after they are sown — always impressive.

Most of the hints and advice in this article have been written for snow peas but you will find they will equally apply to green peas.

Many gardeners don’t bother growing peas these days; ordinary frozen peas are too easy to buy all year round, and the crop takes up a fair amount of room in a summer garden.

But snow peas are a winter crop and will be harvested before the mainspring planting of other vegetables is completed. They can be used as a fodder crop with great benefits to the soil, as well as being able to harvest pods for winter cooking.

Snow peas always make a stir-fry something really special. They can also be grown as a late winter/early spring crop.

Make sure you pick your snow peas before they start to mature, otherwise the peas in the pods will swell up and you’ll lose some of that unique taste. The one thing I’d stress about snow peas is that you avoid watering the leaves.

The one thing I would stress about snow peas is that you avoid watering the leaves. Too much water on the leaves will probably cause powdery mildew to set in, and all the plants will be covered as the disease spreads rapidly, ending your season early.

So keep your water away from the leaves or spray baking soda with Raingard twice weekly to prevent powdery mildew.

Otherwise, apply it as soon as the disease is noticed as it will stop it in its tracks. (Place a tablespoon of baking soda into one liter of warm water with 1ml of Raingard, stir to fizz up place in the sprayer, use straight away).

One of the best things though about snow peas are how quickly you start getting a crop. Usually, in eight weeks you will be eating your own produce. It’s that quick. Don’t sow the snow pea seeds in the same area or containers as cabbages.

This may cause the snow pea plants to take longer to flower. Cabbages like regular nitrogen doses with liquid manure. But the liquid manure flows through into the soil around the snow peas.

Result: lots of leaves on the snow peas as the plant puts its energy into growing leaves and not flowers.

Put sulfate of potash around the snow peas and a couple of weeks later the flowers will start to appear. During July, August, and maybe into September, you will have juicy snow peas coming out of your eyeballs. And they taste so good!

They will eventually succumb to powdery mildew after they stop cropping. The plants can then be dug in and the ground left until spring planting starts.

Place steak in a bowl. In a smaller bowl, mix together soy sauce, sherry, brown sugar, cornstarch, and ginger.

Pour half of the mixture over sliced steak. Using hands, toss to coat. Set aside. Reserve remaining liquid.

In a heavy skillet (iron is best) or wok, heat oil over high heat. Add snow peas. Stir-fry for 45 seconds. Remove to a separate plate. Set aside.

To stir-fry beef and scallions: Allow the pan to get very hot again. Using tongs, add half of the meat mixture, leaving most of the marinade in a bowl.

Add half of the scallions. (Note: Spread out meat as you add it to the pan. Do not stir for 1 minute. You want the meat to get as brown as possible in an as short amount of time as possible.)

Turn meat to another side. Cook for 30 seconds. Remove to clean plate. Allow the pan to get very hot again. Repeat with other half of the meat and scallions.

After turning the meat, add the first plateful of meat, reserved marinade, and snow peas. Stir over high heat for 30 seconds. Turn off the heat.

Check seasonings. Add salt only if needed. (Note: Mixture will thicken as it sits.)