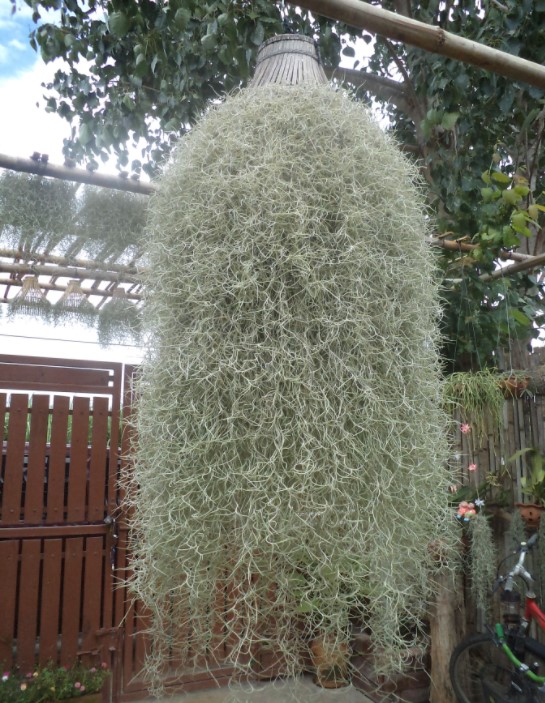 It has long been associated with voodoo, but Native Americans used it medicinally to treat fever and ease childbirth contractions.

Typically seen draped like tangled grey hair over oak and cypress trees in the swamps of Louisiana and Florida,

Spanish moss is endemic to the southern US and Central and South America but has been introduced to humid regions all over the world, including Hawaii and Australia.

This evergreen perennial is, in fact, an epiphyte — meaning it grows on another plant — and one of 650 species of the genus Tillandsia. (Other unrelated epiphytes include orchids and some ferns.)

Some Tillandsias are classed as aerophytes, which have minimal root systems and can grow on desert sand.

Still, others are saxicolous, from the Latin for “stone,” clinging like lichen to rocky cliffs.

They are commonly known as air plants because they can survive wherever they find themselves rather than needing soil.

Usually, as with Spanish moss, they cling to tree branches, consuming any nutrients or moisture that come their way.

Opportunists, maybe, but epiphytes are not regarded as parasites as they rarely kill host trees, though they sometimes retard their growth by shading the leaves.

Because of their low maintenance and infinite colorful variety, Tillandsias are enjoying a vogue as houseplants.

As long as you avoid temperature extremes and meet their minimal sunlight and water requirements, they’ll thrive almost anywhere.

Most flower spectacularly just once and usually towards the end of their lifecycle, but new plants can easily be propagated by harvesting the offsets or “pups” that appear before, during, or after flowering.

Tillandsias belong to the Bromeliaceae family, and some indeed grow as bromeliads, with rosette-shaped leaves that act as funnels to collect water.

Others are covered with fuzzy outgrowths called trichomes that trap moisture.

Best of all, they come in so many exotic shapes and sizes; most of them make Spanish moss look like a dreary mess of old cobwebs.

(T. Streptopelia)
A xeric or arid-region plant from Central America, Mexico, and the West Indies, 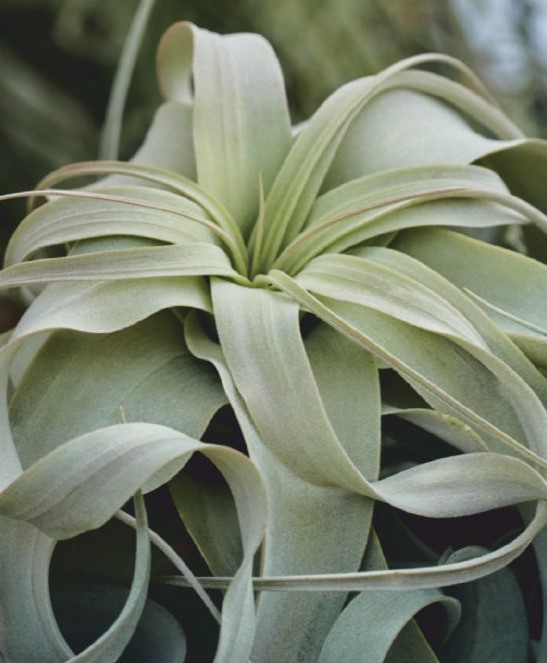 T. streptophylla (“twisted leaves”) thrives in low-humidity conditions due to the fuzzy, moisture-trapping trichomes on its pastel-green leaves.

The drier it gets, the more tightly its leaves curl, reminding you of Shirley Temple’s 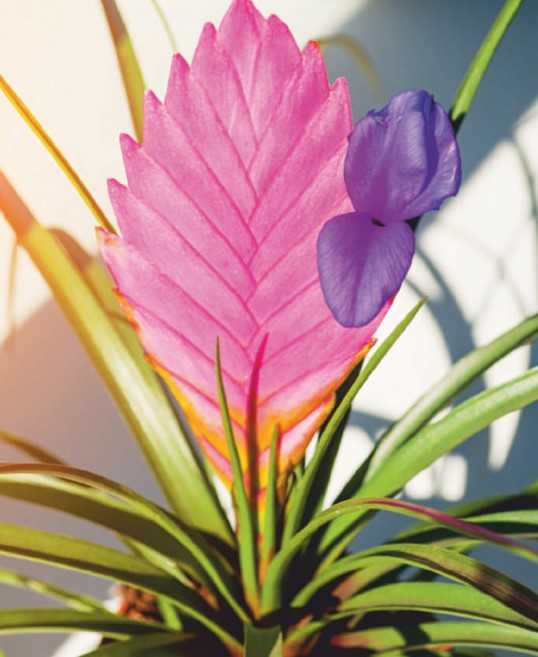 Its arched leaves that collect dew and rainwater are reminiscent of the pineapple, which is, of course, another member of the Bromeliaceae family.

(T. ionantha) One of the most attractive air plants of all is the so-called sky plant from
Mexico. 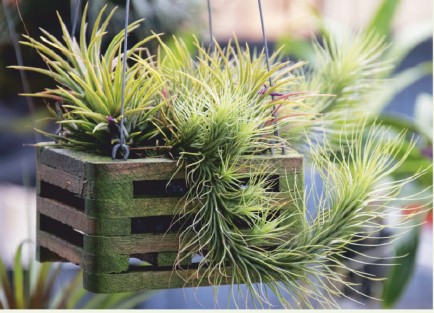 An unobtrusive green most of the year, when it blooms, it blushes bright pink to attract
hummingbirds to pollinate it and puts out upright tubular flowers of a striking shade
of purple.  Ionantha is a prolific clumper, producing multiple offsets.

(T. stricta) Native to Central and South America from the Caribbean to Argentina, this popular indoor air plant can grow almost anywhere — on dunes and tree branches
alike — and in a wide variety of climates. 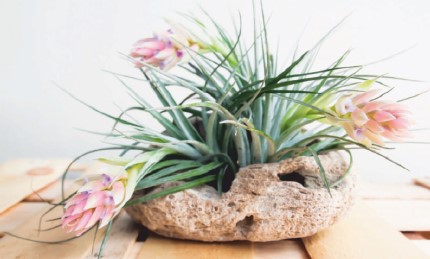 Its leaf types range from stiff to pliant and are mostly silver and light green, though there’s
a ‘Stricta Midnight’ that’s almost black.

(T. funckiana) This tiny native of the Venezuelan Andes is a caulescent air plant, meaning its leaves, which resemble pine needles, grow upwards along the stem. 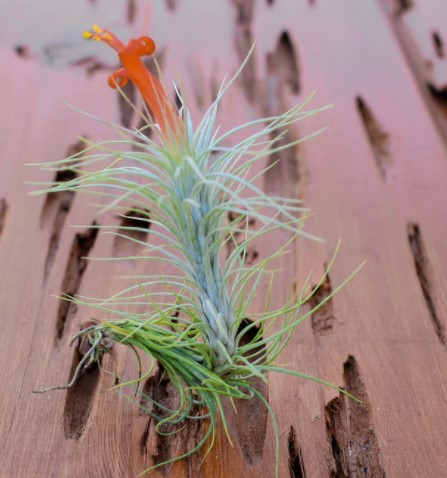 In the wild, it grows on cliff s and, like other Tillandsias, is pollinated by hummingbirds.

In bud, the leaves blush red towards the tip, and a beautiful tubular red flower with bright yellow stamens emerges.

The air plants are happy to live in temperatures that range from 50 to 90 degrees Fahrenheit. They will thrive with temperature fluctuations—a 10-degree drop that corresponds to the conditions at nightfall in the Central American regions they call home.