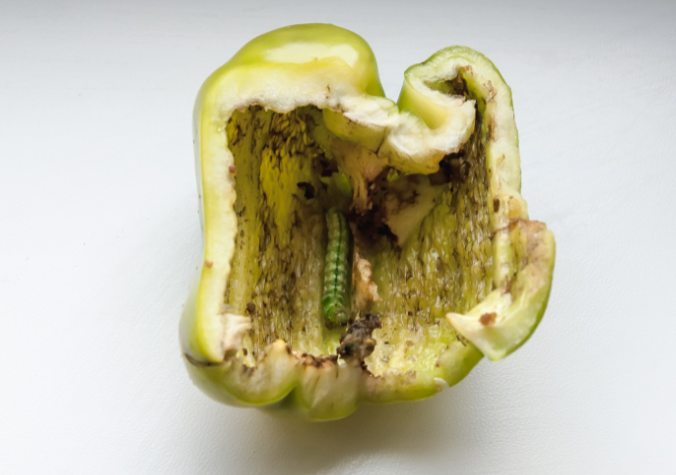 There are a variety o pepper eating worms and other pests to deal with pepper plants. You can evade them as long as you treat the area, but you must be wary about what you use and how much you apply around vegetable gardens.

If you’re having issues with your pepper plants, this article can benefit you to assess which pests you’re dealing with and how to treat them.

This worm leaves huge open scars on the peppers themselves, so you’ll notice he’s been there. Pepper grubs ravage the pepper plant’s roots, blocking it from getting the nutrients it requires from the soil.

Smaller peppers and even plants that don’t yield any peppers will result. Another pest that might damage your pepper plants is the pepper worm, like the beet armyworm. This pepper worm is roughly a third the size of a pepper caterpillar. He is a larva and might be green or black.

He’ll wreak havoc on the pepper plant’s buds and young leaves. This will hinder the formation of any excellent peppers. Worms on peppers are the most severe pest.

Look for worms in peppers by looking for holes in the fruit. This should show that you are dealing with a worm. Flea beetles and pepper weevils, which gnaw holes in the pepper plant’s leaf, are examples of other pests.

These aren’t ideal because they can hurt the plant in the long run, but they’re not as awful as some other pests. The best way to deal with problems is to use the right pest control solutions. The sweetness of the pepper plant draws pests.

Keep an eye out for symptoms of pest damage and treat the plants with a soapy water solution, neem oil, or garlic spray, or manually get rid of the caterpillars.

Other ideas may be accessible at your local garden center.

Where To Find The New Pepper Plants

For many years, peppers have ranked among the ten most popular garden plants, according to surveys by the National Gardening Association. While tomatoes invariably top the list, peppers consistently follow closely, demonstrating they too are highly regarded by most gardeners.

And it’s only looking up for pepper lovers. In contrast to five years ago, when fewer than a half-dozen sweet types and only the most familiar of the hot kinds were available to home gardeners, today’s array of pepper varieties is dizzying. 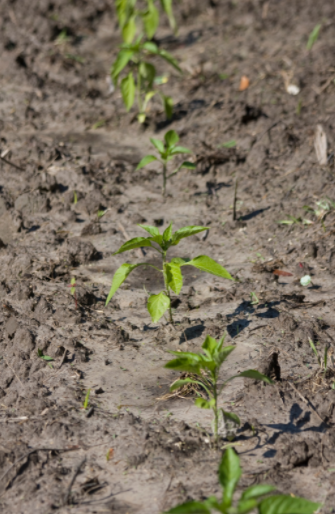 The young pepper plants can often be found through specialty seed catalogs, but even more, conservative local garden centers are increasingly carrying them.
Sweet and hot are the two broad categories to which most peppers belong.

Sweet peppers, scant in the heat-producing chemical called capsaicinoid, include a rainbow of bell peppers (red, yellow, orange, purple, black, white, and lilac, as well as the familiar green) and many horn-shaped kinds called “frying” peppers.