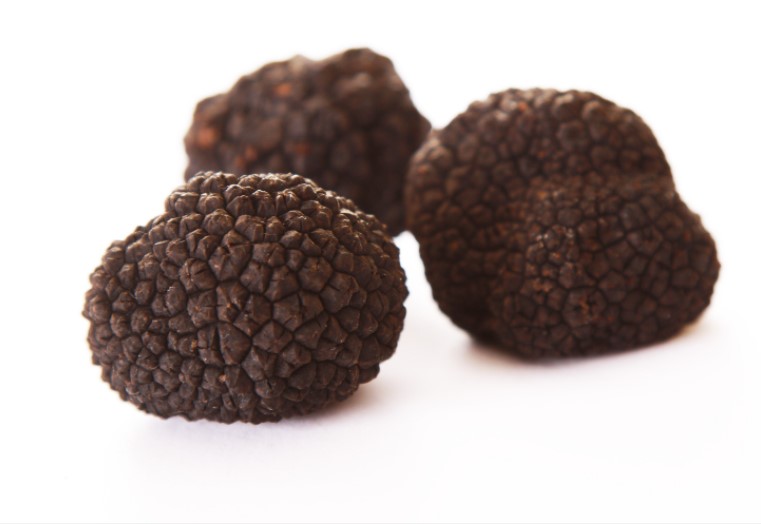 So what is truffle? A mycorrhizal fungus forms a symbiotic relationship with its host tree. Each truffle species has its preferences in hosts; the black Perigord truffle grows primarily on oaks and filberts.

The fungal colony that produces the truffle lives in the soil around the roots of the trees. It absorbs moisture and nutrients, including immobile phosphorus in the ground, which it transfers to the host’s roots. In return, the tree furnishes the fungus with carbohydrates.

The truffle alone is the fruiting body of the soil fungus. Its powerful fragrance lures small mammals, which eat it and propagate the fungus through their droppings.

Some 200 species of the below-ground fruiting ascomycetes are commonly known as truffles, and gourmets have piqued an interest in quite a few of them. We don’t know what kind of fungus the Roman culinary genius Apicius used when he created his truffle recipes.

Pliny and Juvenal spoke of African truffles, probably the desert fungus still found in Libya. But the favorite fungus of French gourmets is the one that Brillat-Savarin called “the black diamond of the kitchen,” the black Perigord truffle, Tuber melanosporum.

Although these truffles were hunted with muzzled pigs in France as far back as the fifteenth century, the black Perigord varieties reached the peak of their glory until the middle of the nineteenth century.

According to many reports, their numbers have been severely declining ever since. Raymond Sokolov speculated on the suspicious nature of this shortage five years ago in these pages (“An Embarrassment of Riches,” February 1991).

While fungus has remained among the highest-priced foodstuffs in the world, harvest figures have fallen from about a thousand tons at the turn of the century to barely twenty tons a year currently.

For centuries, French fungus hunters have engaged in a hallowed annual ritual from December to March, taking pigs and trained dogs with them on long hikes through the countryside to unearth the hard, black fungus that proliferates near the roots of oak trees.

Other foragers look for swarms of yellow flies that often can be found dancing in the air over a truffle trove at sunset, enticed by the musky odor that inspired great French writers such as Marcel Pagnol as well as the country’s most celebrated chefs.

Sokolov guessed that the French were manipulating the market to keep prices high. And he dreamed of a day when promising experiments in fungus cultivation would make them cheap and plentiful all over the world.

You can buy it at many supermarkets and specialty food stores or Amazon Online.

It is adapted from Inn On The Twenty Cookbook by Anna and Michael Olson. This “high/low” wintry salad pairs inexpensive white beans with expensive truffle oil. 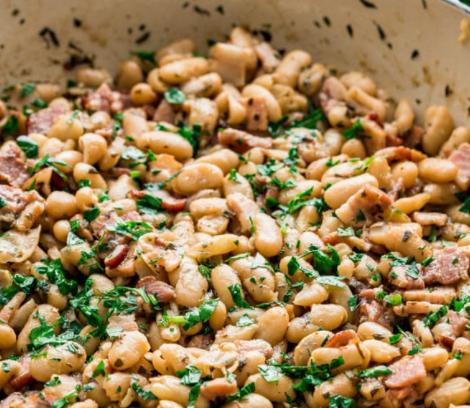 This is a bright and beautiful dish- courtesy of Emeril Lagasse- with reds, blacks, and yellows. But it won’t seem like anything too special until you add the truffle oil and let its flavors take over. 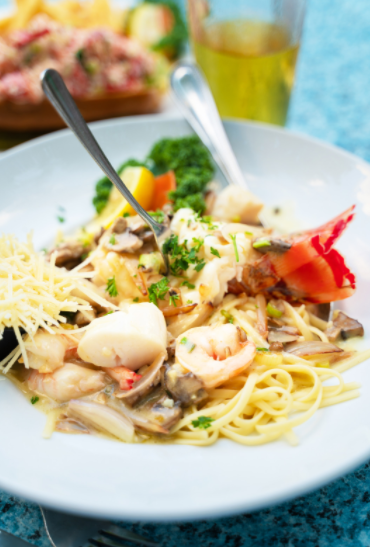 According to package instructions, you’ll want to cook the pasta before you begin the recipe, or about 7 to 10 minutes in salted, boiling water.

Don’t worry if it gets cold when you set it aside- it ends up being warmed again in the frying pan.